I wanted to get the whole race into one post, but the problem with a 28 hour race is that now I have 28 hours worth of stories.  So, in order to keep you from getting bored and allow me more time to write, I am making it into a series.  Here is part 1... 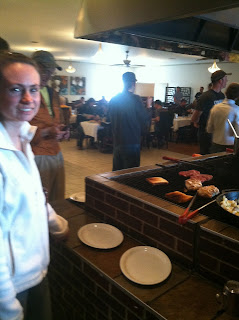 Got to the pre race meeting Friday night, at the grinnell steakhouse feeling really anxious and antsy.  I was worried about my bike weighing a ton and if I had packed everything.  Then when I went to sign up, my name wasn't on the list… I signed up I swear!  I know I'm on the roster!  Then a familiar voice came from behind "yep thats definitely Dave Swanson."  It was Chris Schotz  a native and Wisconsin Endurance Mountain-bike Series Champ.  So good to see him, we ate dinner with Chris and he offered his experience from finishing 3rd in this race the year before.  His calmness and confidence wore off on me and I went back to the hotel feeling good about what was to come. 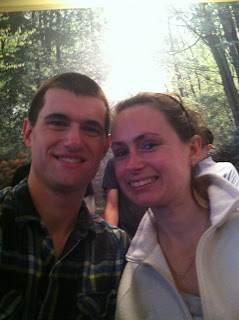 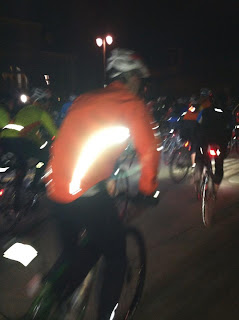 The start of the race was 4am sharp and the starting line about 5 minutes drive from the hotel.  I set my alarm for 330 and set everything out so I could be ready quickly.  Woke up ate a bowl of corn flakes and hit the door.  Got to the starting line as Guitar Ted (promoter) was on the speaker saying something about roads being closed but go through them anyway.   I lined up in back and just waited.  Before I knew it we were off, I slowly zigzagged through the pack of riders and wanted to find some guys that were going the same pace that I wanted to ride.  I saw Ari, then his friend K, then a little further up I saw Jay he was very worried that everyone was making a wrong turn.  I confirmed to him that it was in fact left on or something like that and then kept going. 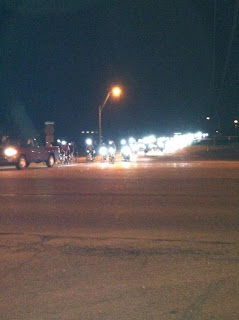 Before I even realized it I was up in the lead group.  Schotz was up front blocking the wind and everyone was tucked in behind him.  He was riding like a crazy person, accelerating on the climbs, with his rear tire spitting out rocks with every pedal stroke.  I thought about telling him to calm down, but he has been racing a long time and knew what he was doing.  Unfortunately for him there were some very strong riders hiding in the pack a few guys back, resting and waiting.  Anytime Chris would get a 30 yard gap or more Eric Brunt would fly from somewhere in the back and instantly be on Chris just in case he was getting a gap.  Then the group would pull the two back in.

It was wild riding up front with these guys.  They are far stronger riders than myself and I had a front row seat at the different race tactics they were using.  Most of these guys were also on cross bikes, where I instead was on a mountain bike.  Which in most cases would be a disadvantage but with the condition of  the roads it made a huge advantage for me.  On the down hills the skinny tired cross bikes could hardly hold a straight line and would often catch a rut, causing them to shoot across the road into the other lane or toward the ditch.  With my mountain bike I was able to just lean back and pedal hard down the hills often passing the whole group, then I would coast half way up the next hill and everyone would catch up while pushing hard up the hill and me coasting.  In one long stretch of rolling hills this tactic actually let me pull away and I led the race for a mile or so.  I didn't really want to push that hard, but I also wanted to be able to say that "I led Trans Iowa!"

Next up... Getting lost after the first checkpoint.