A note from Ari (My Trans Iowa Report)

I have been struggling with writing a blog post regarding my Trans Iowa this year. I basically just wanted to not think about it and move on. My buddy Ari sent an email one night that caught me while I had a pretty good buzz going and he asked how my ride went. So I babbled on and on about it...

Thanks for reaching out. I too had a rough race. I had a good weekend though, I think it is good for my boys to get out and travel.

As for my race, I honestly don't know what happened. I had it made, 5 hours ahead of the cut off at the second check point and all I had to do was coast in. But there was no coasting. The sun shine and tail winds all day turned to headwinds, a flat tire, and riding alone.

Around 5pm Saturday I started climbing the hills, no one else in my group wanted to push on the climbs so I went alone. I formed a pretty large gap and skipped a Casey's. For about an hour I rode alone hoping the winds would die down, but they didn't. I saw another long stretch of headwinds on the cue sheet and decided to stop and wait for the group. They seemed happy to have me back but since I dropped them I could no longer be trusted. So I rode with them for another hour or so and got a flat.

The group left, not surprisingly because the memory of me leaving them was still fresh in their minds. Besides it was my problem anyway. I fixed it and got back on the road. I still felt good, in fact really good for having ridden 200 miles at this point. My head was in a bad place though. I was pretty negative about it.

Sunset came and I got caught by a single speeder. He was riding alone as well and left me pretty easily. We hit a tricky b road, finally, after skipping them all day long. I love B roads, I get bored riding along on easy stuff.

So that made me happy and carried me till about 10pm when I ran out of water. I pulled a small apple pie from my jersey pocket and attempted to eat it while still riding. When I opened it the pie sprung from the tin pie pan and landed on the gravel. This upset me very much. I don't know why I got so upset, almost childish. I carried that pie for at least 100 miles and now it was ruined. Again my head was not in the right spot.

Then of course being out of food and water I began to not feel very good. I decided to try and sleep. I had plenty of time so I figured it would probably help. On the side of a long gravel hill I used the ditch as a recliner and tried to sleep. I was pretty happy to be where I was at that point, even not feeling well, the moon was big, the air was not too cold and everything was quiet. I fell asleep but I don't know for how long and I would guess that as soon as I fell asleep I awoke again. I was a little freaked out that I had slept too long, even though I hadn't slept at all, and started riding again.

I rode to about 260 miles into the race, which I now know was only 5 miles to the next gas station. It really didn't matter as I couldn't go any further. Just before midnight I called Christina.

Unfortunately this did not bring immediate relief, I tried to give her my location but my cell service was poor and couldn't tell exactly where I was. I told her I would head toward Marshalltown. I picked that direction because it was downhill. That down hill ended and there was no god damn way I was going any further.

I called her again and said I will be next to the stop sign at 29th and parker? I'm guessing on the names of roads. "If you find me that's great, otherwise come back tomorrow. I'll be by the stop sign." I was done, done thinking, done moving, done navigating. Laying in that ditch was 100 times more comfortable than riding my bike.

That was it, she got lost a couple times and started crying, because her cell reception was limited as well. Eventually she found me and we went back to the comfort of civilization.

This time hurt me deep. At this point I don't see myself doing any endurance racing again. Especially overnight events. To go from feeling so good and then feeling so bad was really hard.

Again thank you for reaching out to me, I have been struggling with what to say about the ride and it feels good to talk about it. I planned on just pretending it never happened. For now I will be changing my plans. Next weekend I will be racing the wisconsin endurance mountain bike series in the 3 hour division instead of the 10 hour.

Life is good. I know that, because my biggest suffering is on a bike. 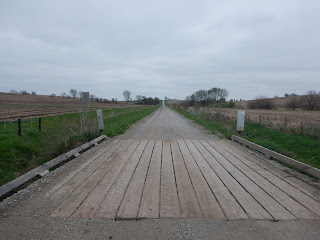 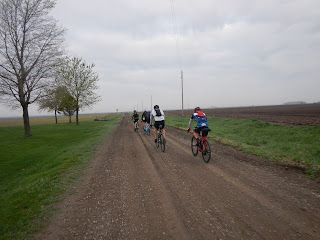 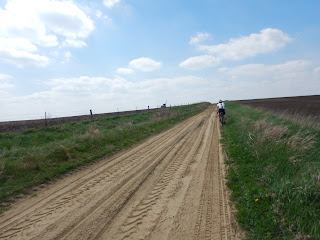 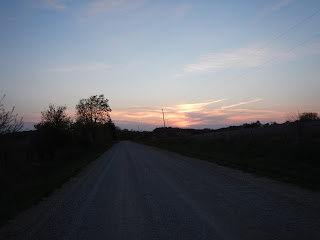