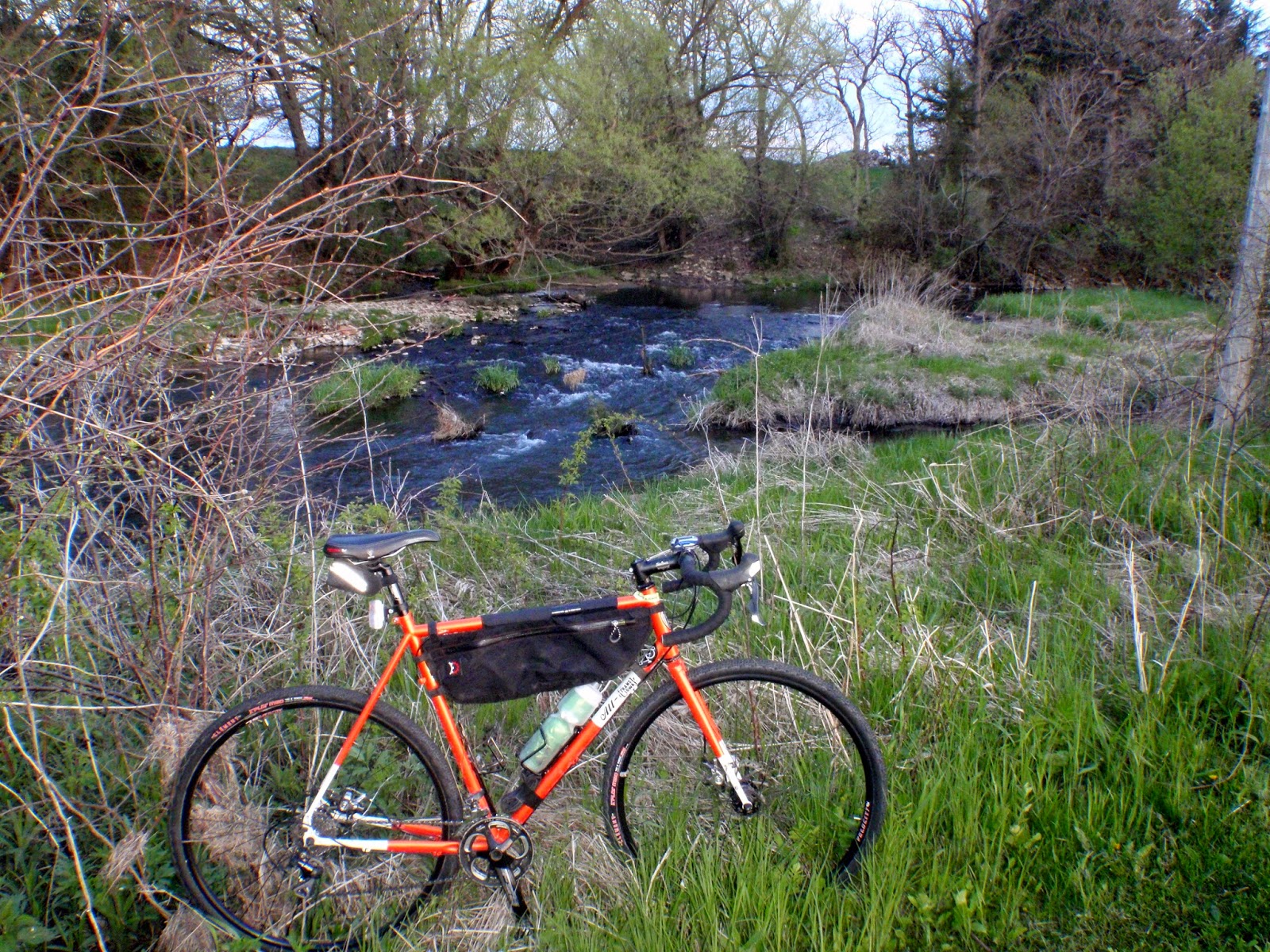 Took off straight from work Friday night and got to the grass track race and gravel expo around 7:30.  There wasn’t much happening, as it seemed everyone was ready to get some good rest for the night.  I got myself signed in and went for a little ride around town with Bonk King and Kurt, then settled into my car for the night. 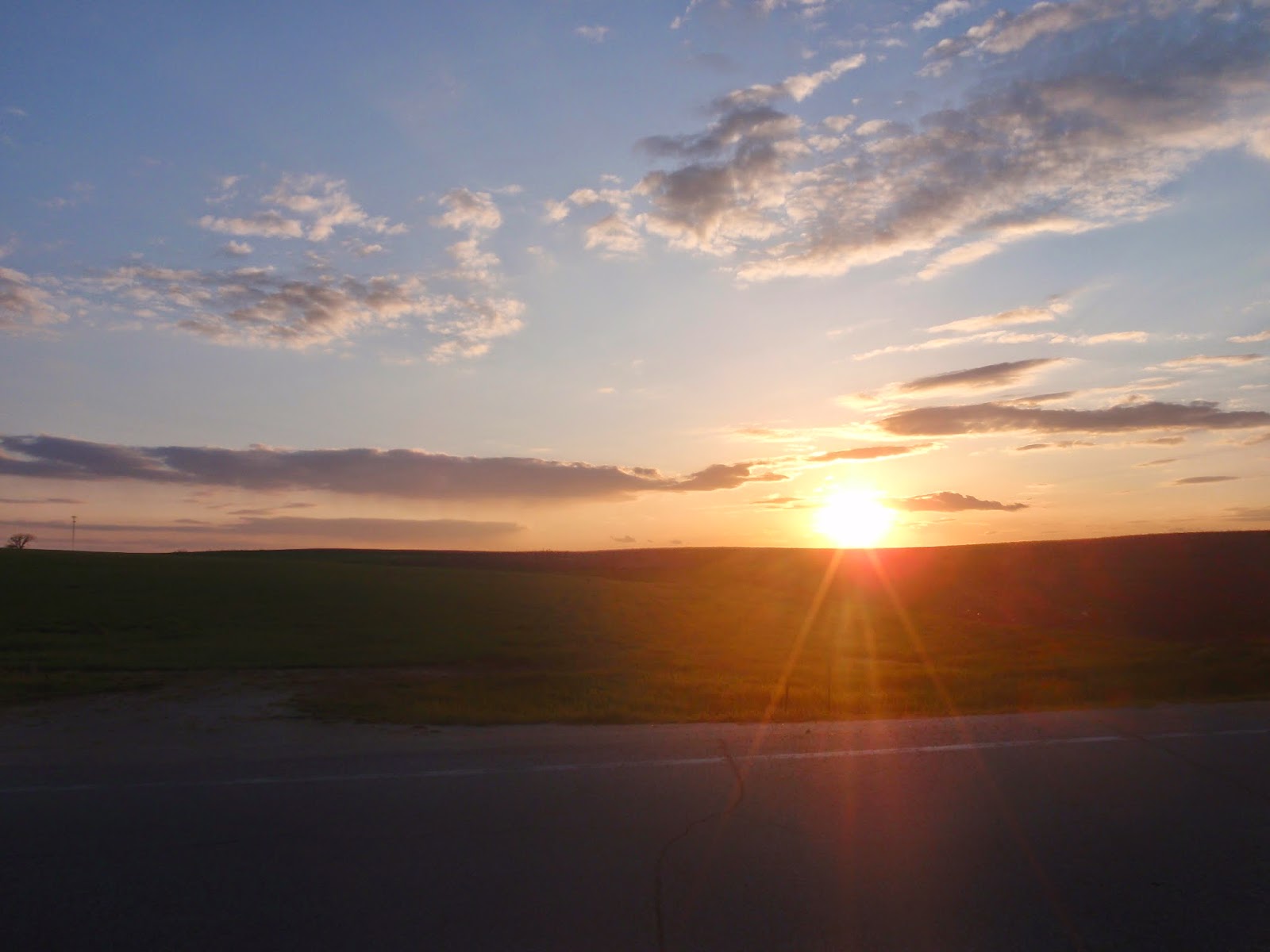 As the sun came up Saturday morning I started checking the weather and eating breakfast.  I was hoping to leave the frame bag behind, but since it was a chilly morning I would need somewhere to store my jacket later in the day.  There were a couple people milling around, I recognized Jeremy K from Trans Iowa, he was going all over in a big hurry like the race was about to start any minute.  I made my way toward the start line, I didn't really see anyone I knew so I bought a water bottle and waited for the start. 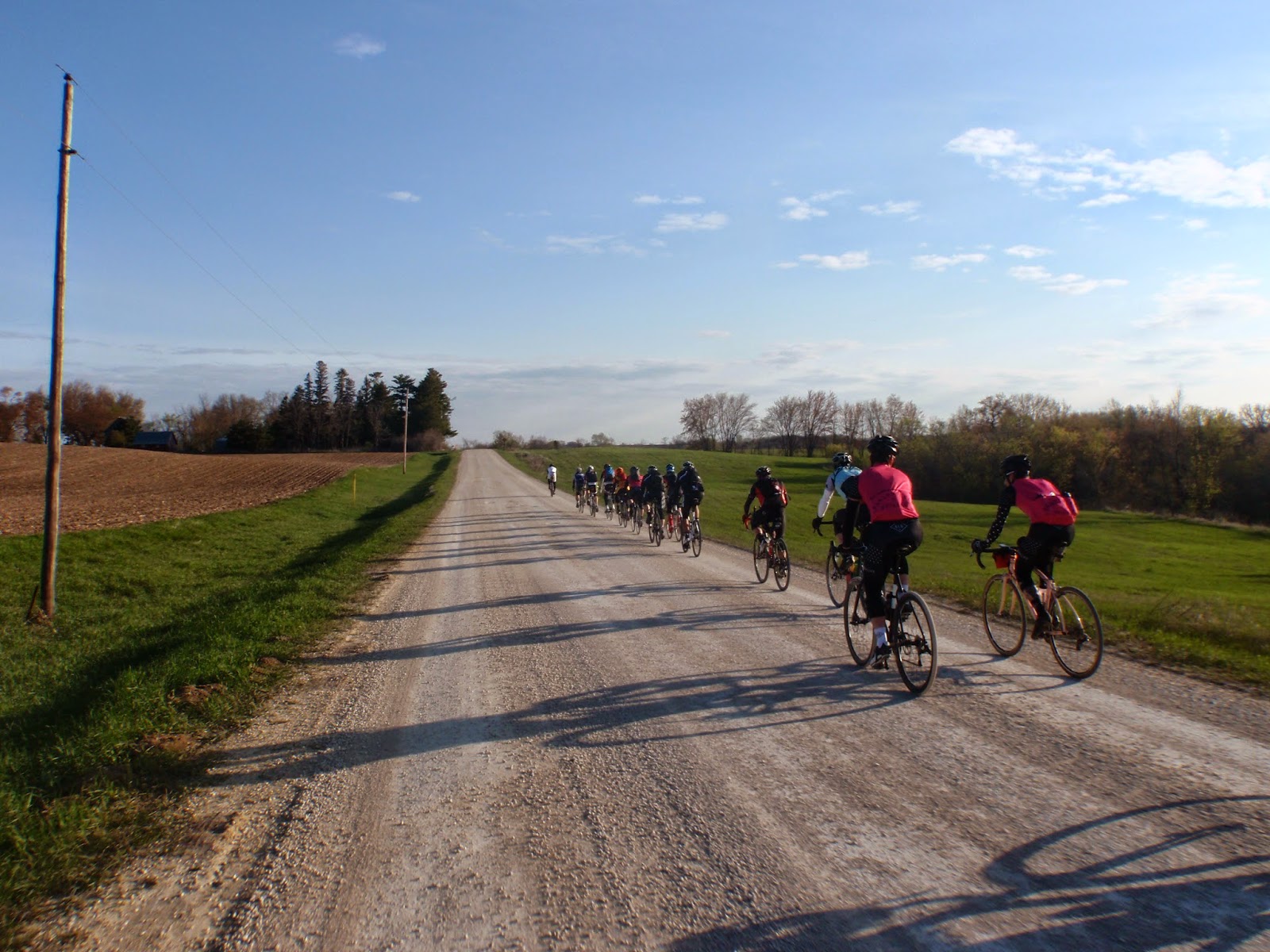 Chris Skogen led us out of town and to the first gravel road.  The first ten miles or so were pretty mellow; everyone was just riding a steady pace and enjoying the tail wind.  The easy going ride didn’t last long, we got to the first decent climb and there was a small attack.  Since I refuse to learn to pace myself, I of course didn't get dropped, but my heart rate monitor was screaming at me.  In fact for the first forty miles it would not shut up, I eventually made the intelligent (sarcasm) decision to just turn it off so I wouldn't have to listen to it anymore. 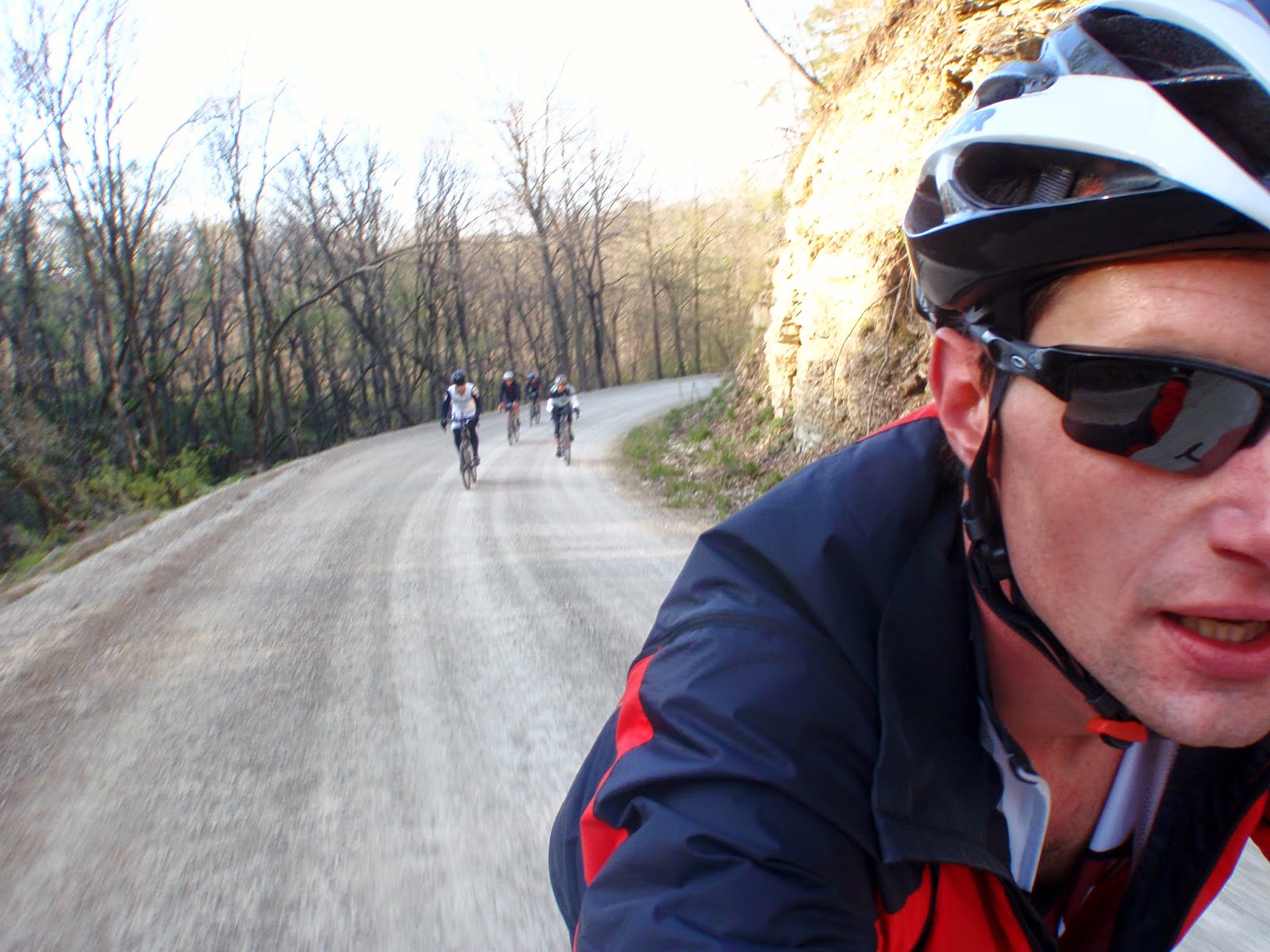 The leaders were straight up crazy.  I have never ridden gravel roads so aggressively, they attacked every hill, ground down the straights, and sprinted on the down hills.  Most riders rest on the down hills, these guys were doing just the opposite.  We'd lean way over the rear wheel, put our heads down, hit 40 mph, then slide sideways in the loose gravel into the corner at the bottom.  My heart rate was higher at the end of a down hill than at the top of the up hills! 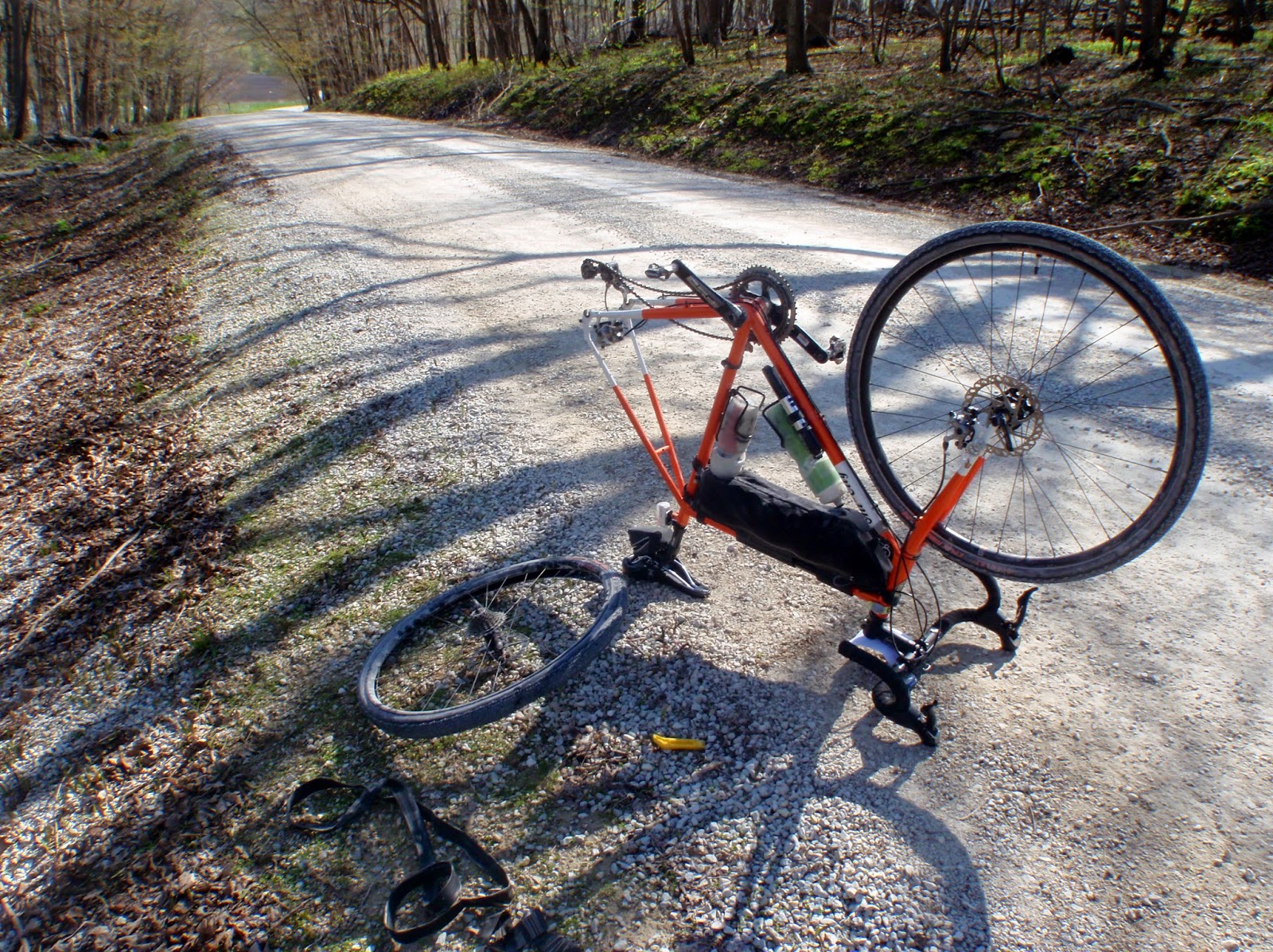 Luckily I got a flat tire.  I am not being sarcastic, this flat tire saved my race.  I was in the mindset to do everything in order to ride with these guys.  I have no doubt that I would have ended up just like Trans Iowa a few weeks ago.  If anything I wish the flat came sooner.  The flat tire forced me to break up with the leaders and ride my own race, but much damage had already been done. 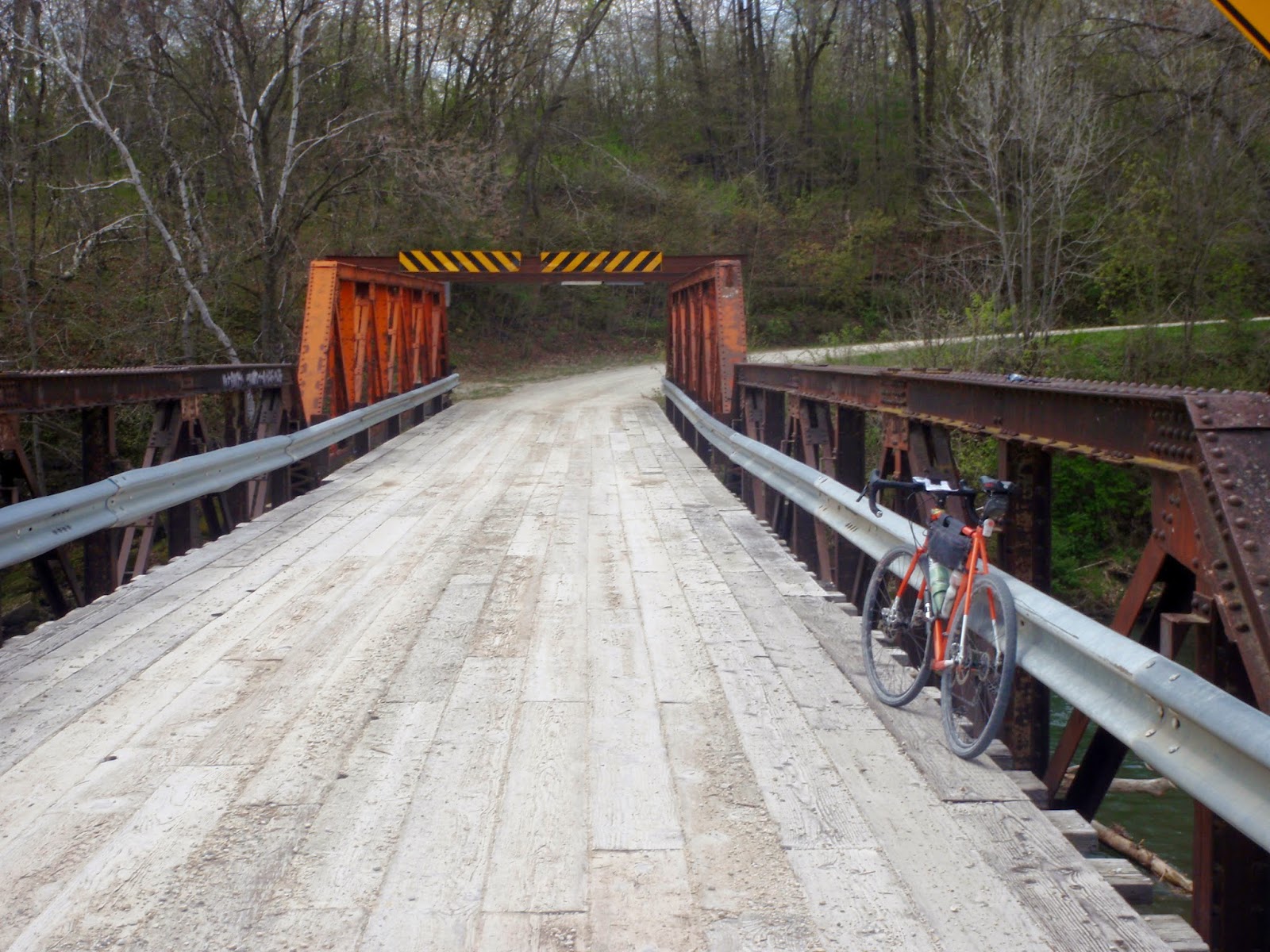 Someday I will learn to pace myself, Almanzo was not that day, but I did receive another lesson. 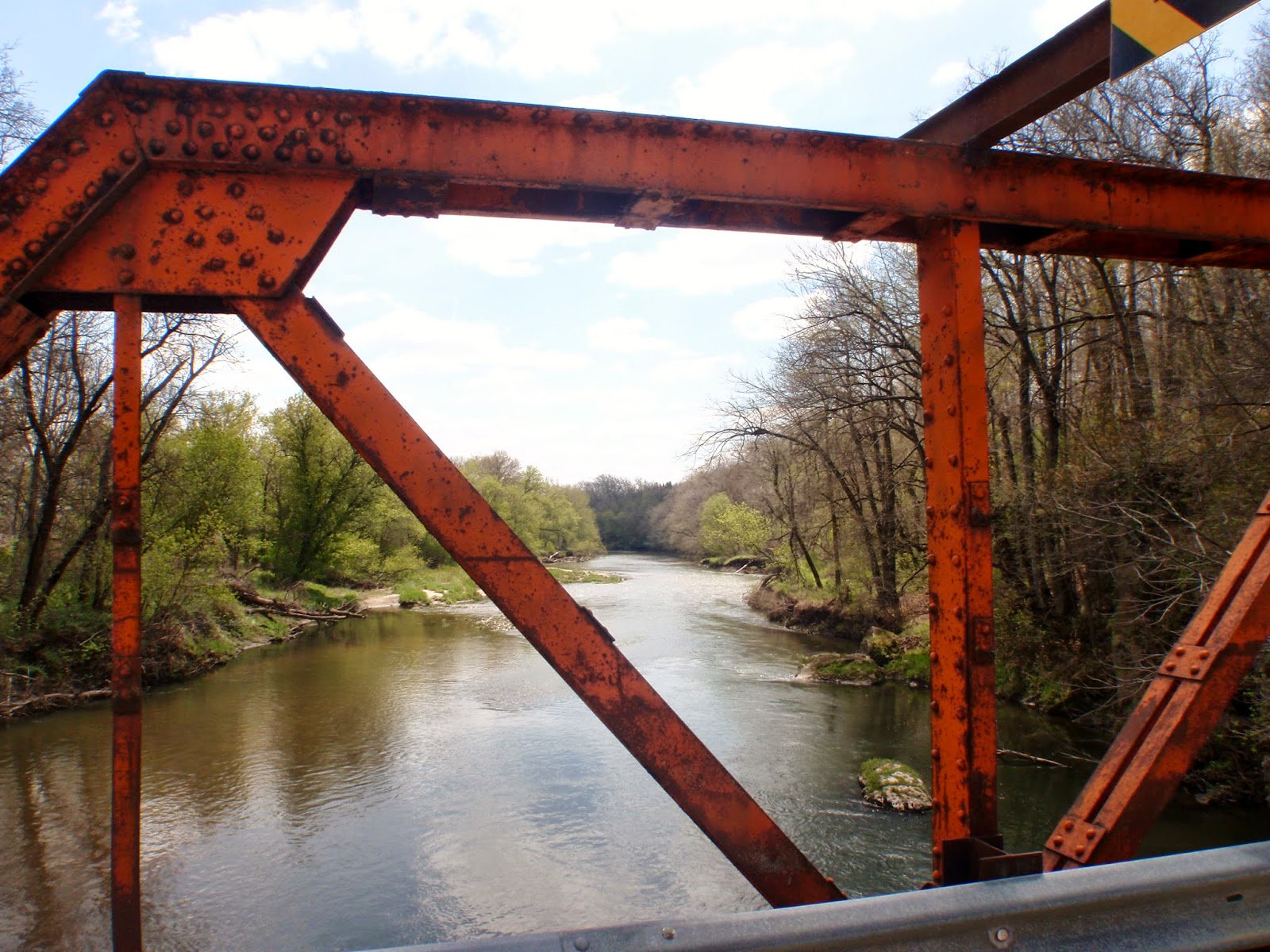 I fixed the flat, and rode for a couple hours with an older guy that was not afraid of talking.  Which was nice, most of it was just entertaining chit chat, but I got some good nuggets that I put in the brain for another day. 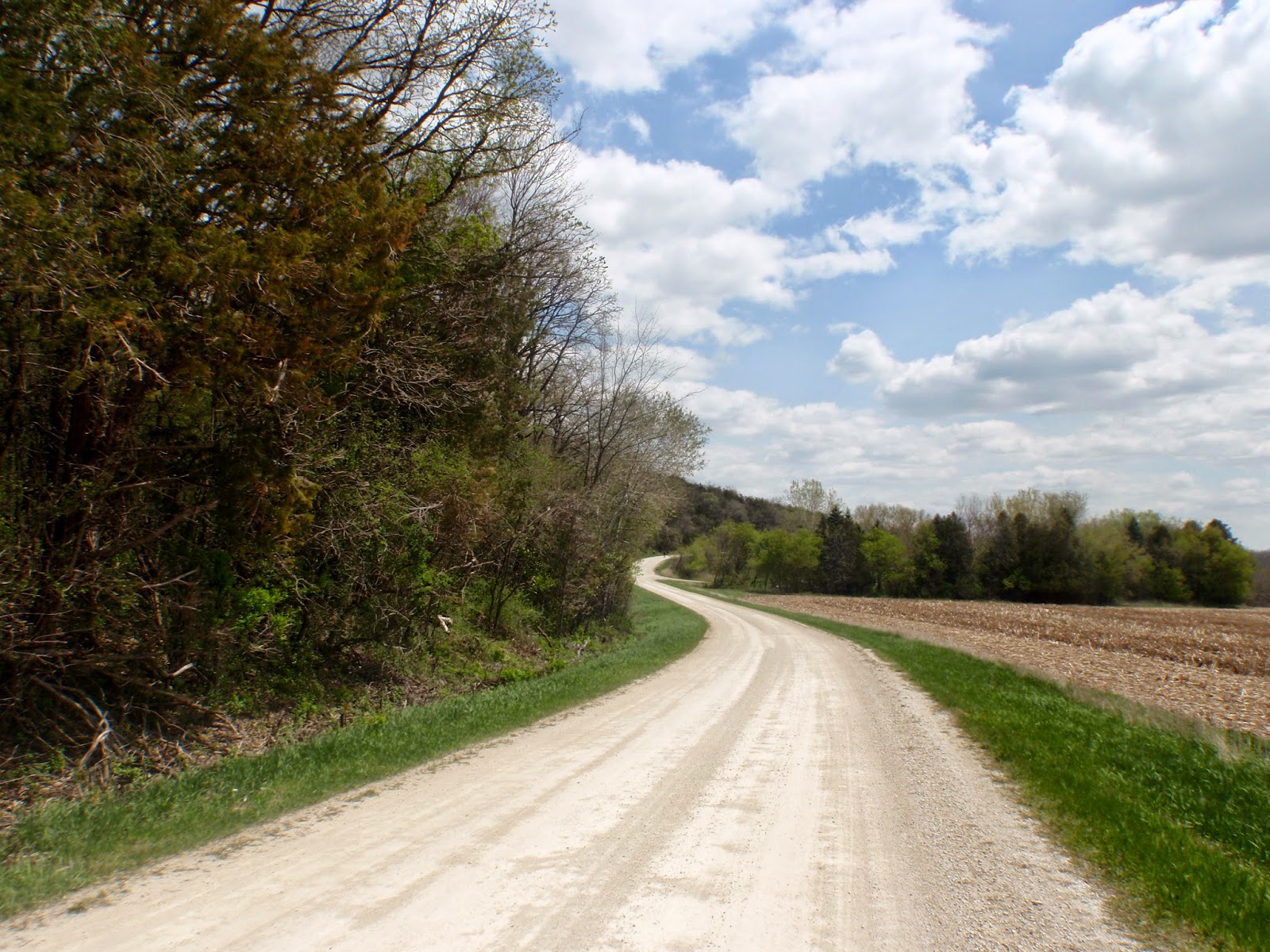 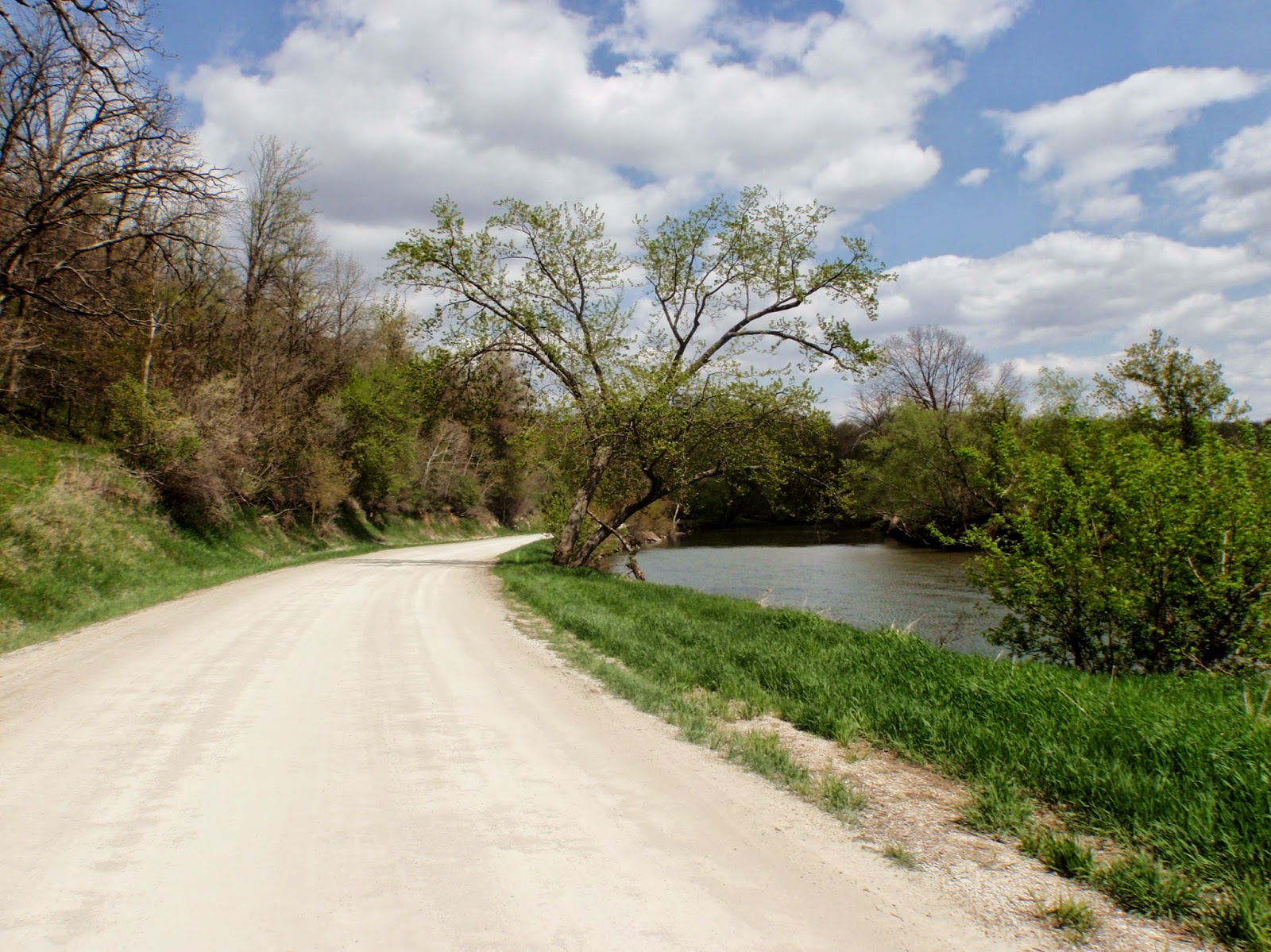 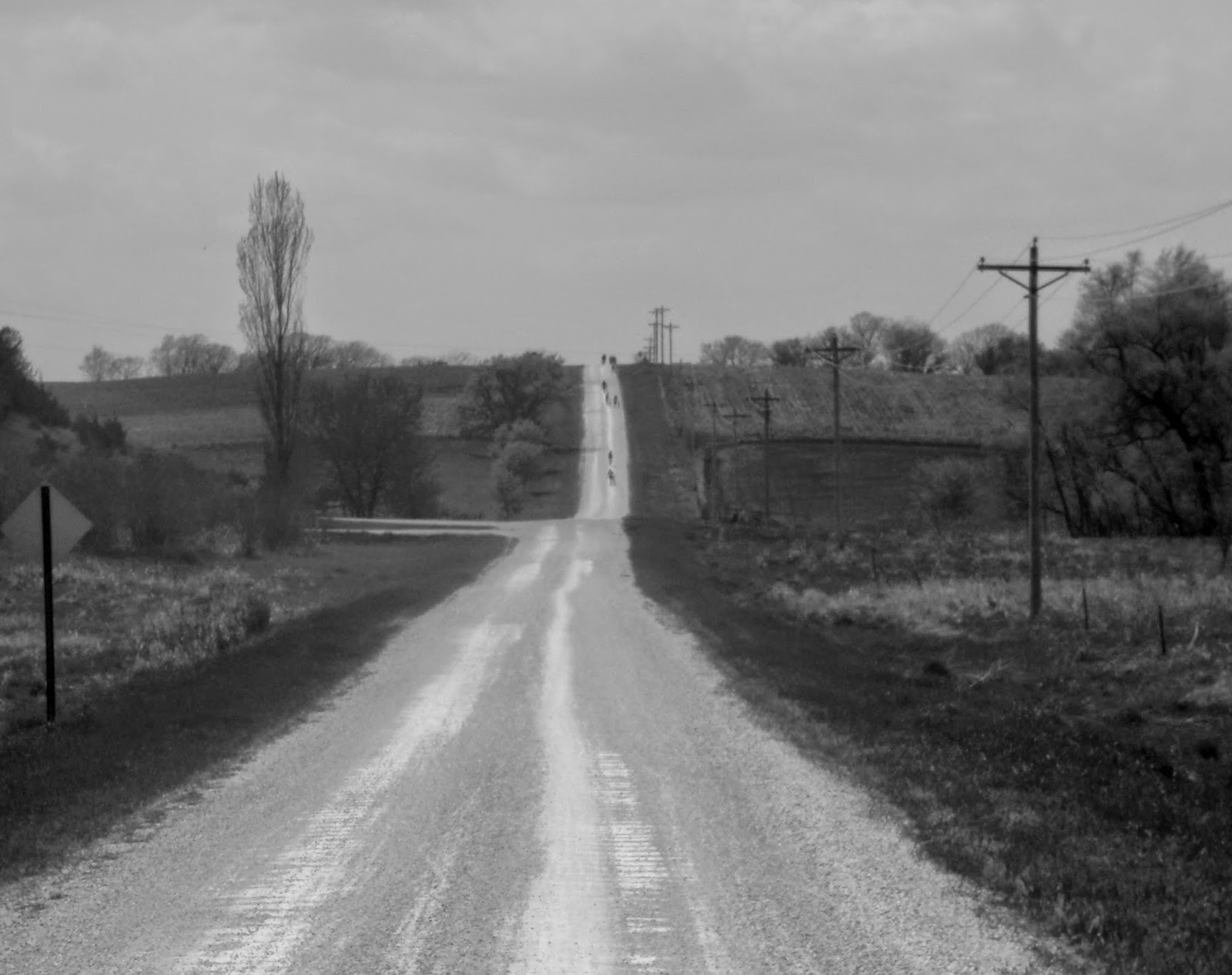 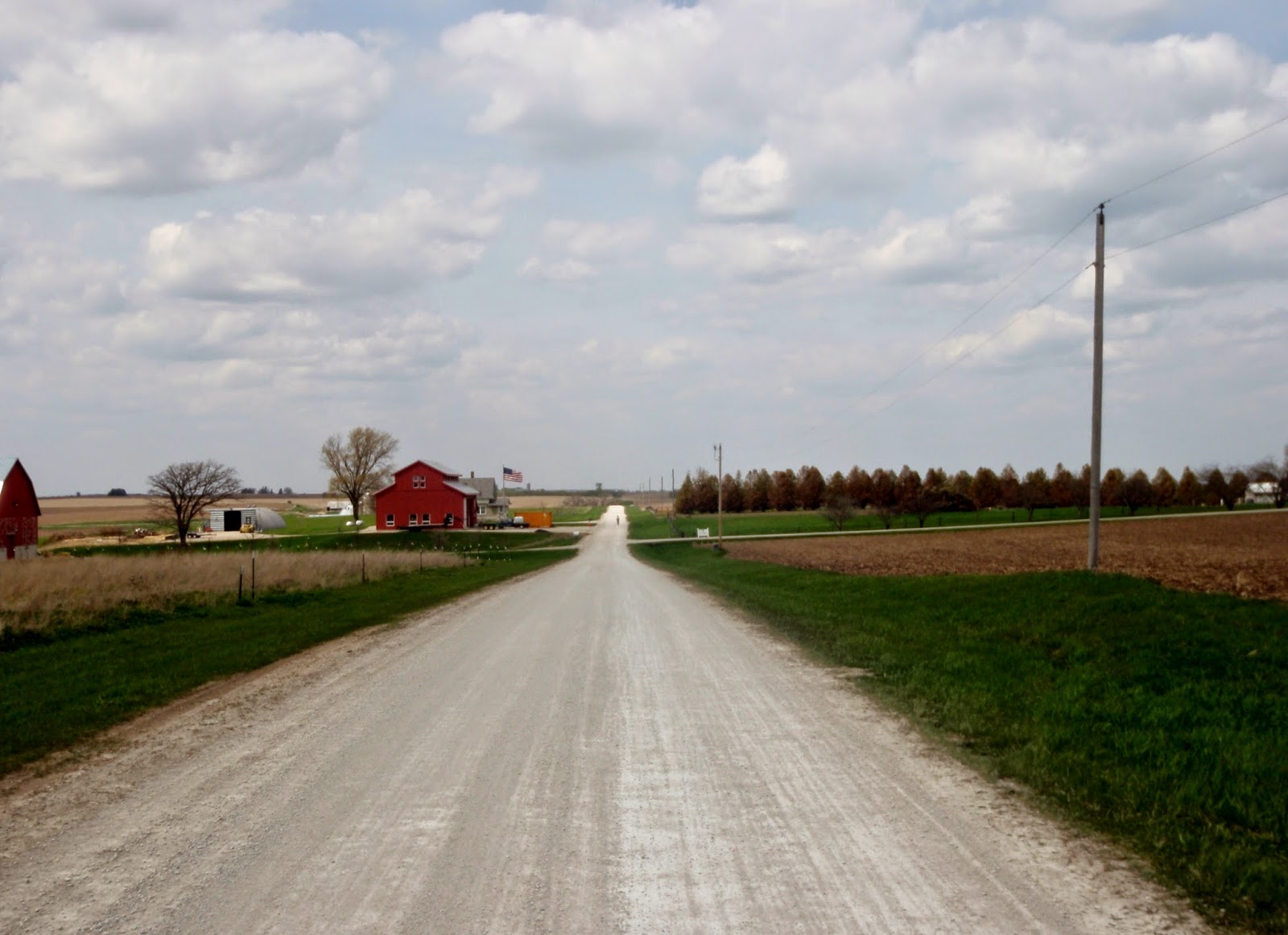 The hard effort in the morning left my stomach in knots.  I was not able to eat anything solid at all, I tried a bite of a candy bar and was nearly bent over in pain, which made for a good aero-dynamic position on the bike.  I brought along six packets of baby food that I stole from Evan, which was about 400 calories.  The baby food was edible, so add in some red bull and two cokes, and I made it to 10 miles from the finish and was smashed.  On a side note, the baby packets are very similar to the Power Bar "fruit energy packets."


I will remember Oriole Road for a long, long time.  Notice everyone walking in the picture?  Yeah I could only be so good.  I could go no further.  I pulled over in the ditch and laid down.  I just wanted to sleep, but everyone going by kept waking me up.

They would say "hey is he OK?" or "Check that guys pulse."

I understand their concern, but I just needed to sleep for a minute.  I was so close to the finish, but I saw no other way to do it.

After my sorry excuse for a nap, I walked up the hill and took another break.  I needed some food, but I looked in my bag and knew that nothing would go down well.  So I just stood there for awhile, then started pedaling.  I pedaled and pedaled and pedaled, it seemed forever, but finally it was done.

When I signed up for Almanzo, I had no idea I would be in so much pain.  It was my own fault though, I could have just listened to my heart rate monitor and backed off early.  Instead I pushed it, and pushed some more.  I am so thankful to have finished this event, I have no idea where I placed, nor do I even care.  I learned some lessons in Minnesota, lessons that I have been taught before, but I think I heard it loud and clear on Saturday.

That sounds nice, but you can't win if your taking it easy either.  It's a fine line to travel, I will keep traveling it, until someday I get lucky.