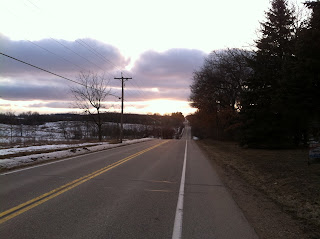 Saturday night I went out and rode around Lake Geneva. It was a chilly but nice ride.  I was motivated by Strava, someone stole my KOM on one of the climbs near LG so I had to go redeem myself. I pushed pretty hard, but my legs felt a sluggish so I figured I didn't get the KOM back, but when I checked the time I beat him by 1 second. Sweet.

Jay Barre took a group of six out to Lake Geneva for a ride.  Once we got there, 3 split off on there own way.  Jay, Ari, and I went on around the lake then back to Woodstock.  Ari left to go to work, and jay and I went back out to ride in the Bull Valley area.  Those last two hills at the 70 mile mark nearly killed me and I had to send Jay on his way.  I ended up with 77 miles, and Jay came back with 101.  What a beast on a single speed. 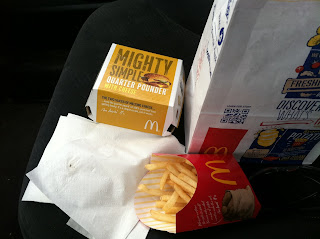 I needed food bad, and even though it seems backwards to eat crap food after a ride, the quarter pounder with cheese was calling my name.  Strava says I burned 2600 calories, not to worry I put 1100 back in with a burger and fries. 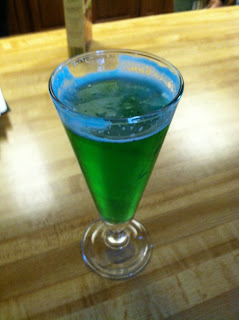 The rest was refueled with green beer and corned beef. 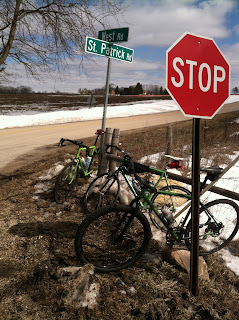 What a great ride, Thanks Jay.

P.S. sorry about the half eaten banana on your counter.