Round 2 of the HughJass series was in Evanston, IL last weekend. The conditions were nasty, standing water and mud.  It was warm out though, it was nice to race in a jersey and shorts on December 12th. 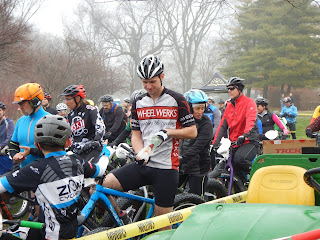 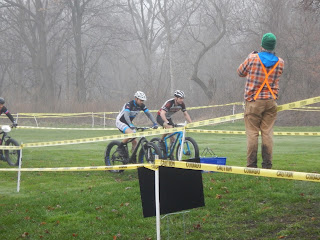 The course was completely flat, so they added in some cyclocross obstacles to make it interesting.


Another great race put on by the hughjass guys and gals. The after race festivities are bigger than any other race I've been to.  DJ's, beer, food, prizes, bike toss, and good times. You should come to the next one, January 2nd in Franklin, WI.
Posted by Davids1174 at 7:28 AM