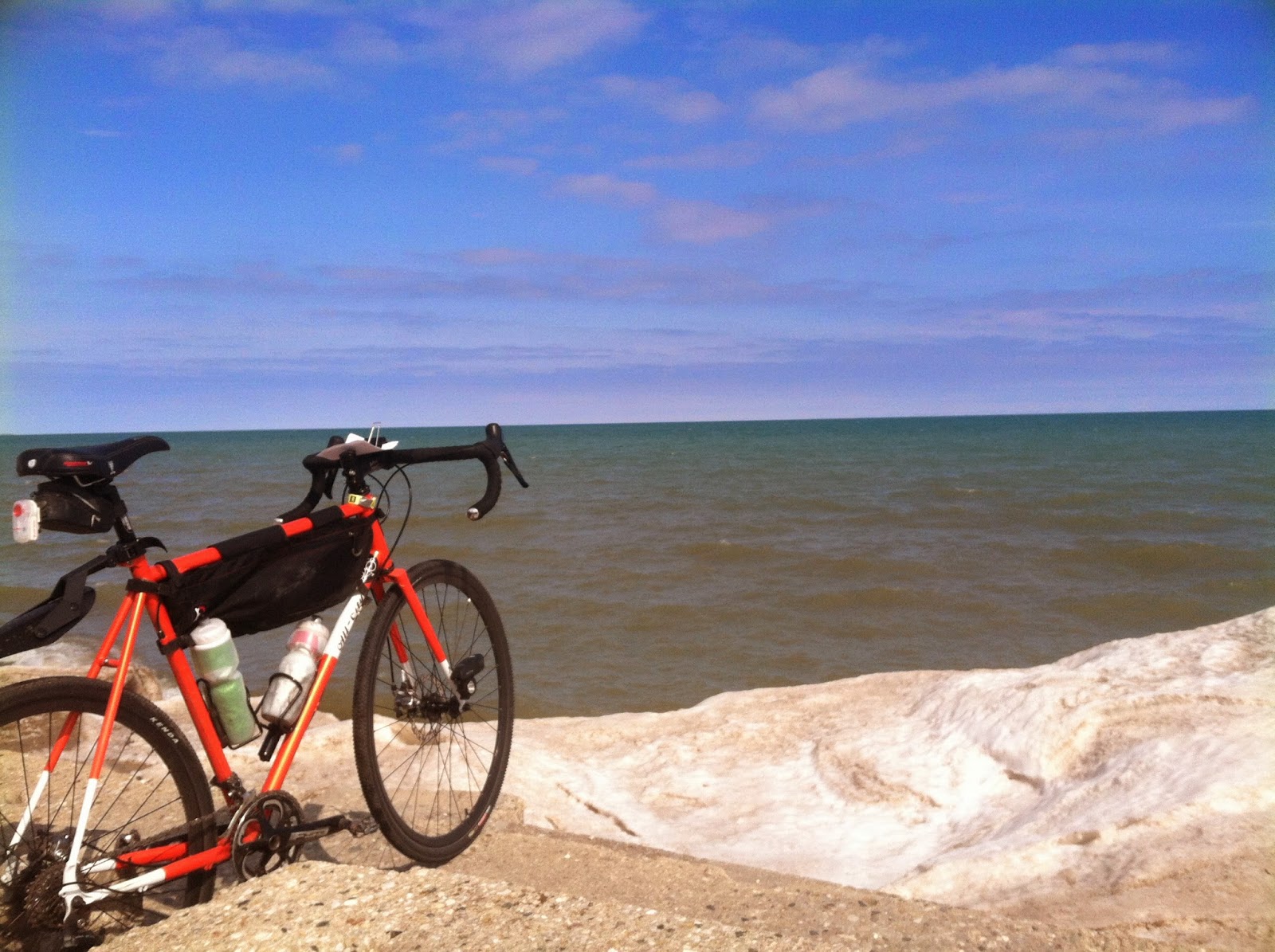 Saturday morning I woke up and made some cue sheets to put in a long day.  After looking over google maps for a bit, decided I would head over to Lake Michigan.  The route turned out awesome, the only traffic I encountered was the 4 lane in Pleasant Prairie, WI.  I had to take that road in order to hop over 94, and it ended up having a big shoulder so it was painless.


I ended up with 113 miles on the day.  I was hoping to do it without any gas station support, but didn't bring enough water, so I had to stop for that.  I did bring enough food though and that is good knowledge for the long rides to come.  If I had a third bottle I could have made it happen non stop.