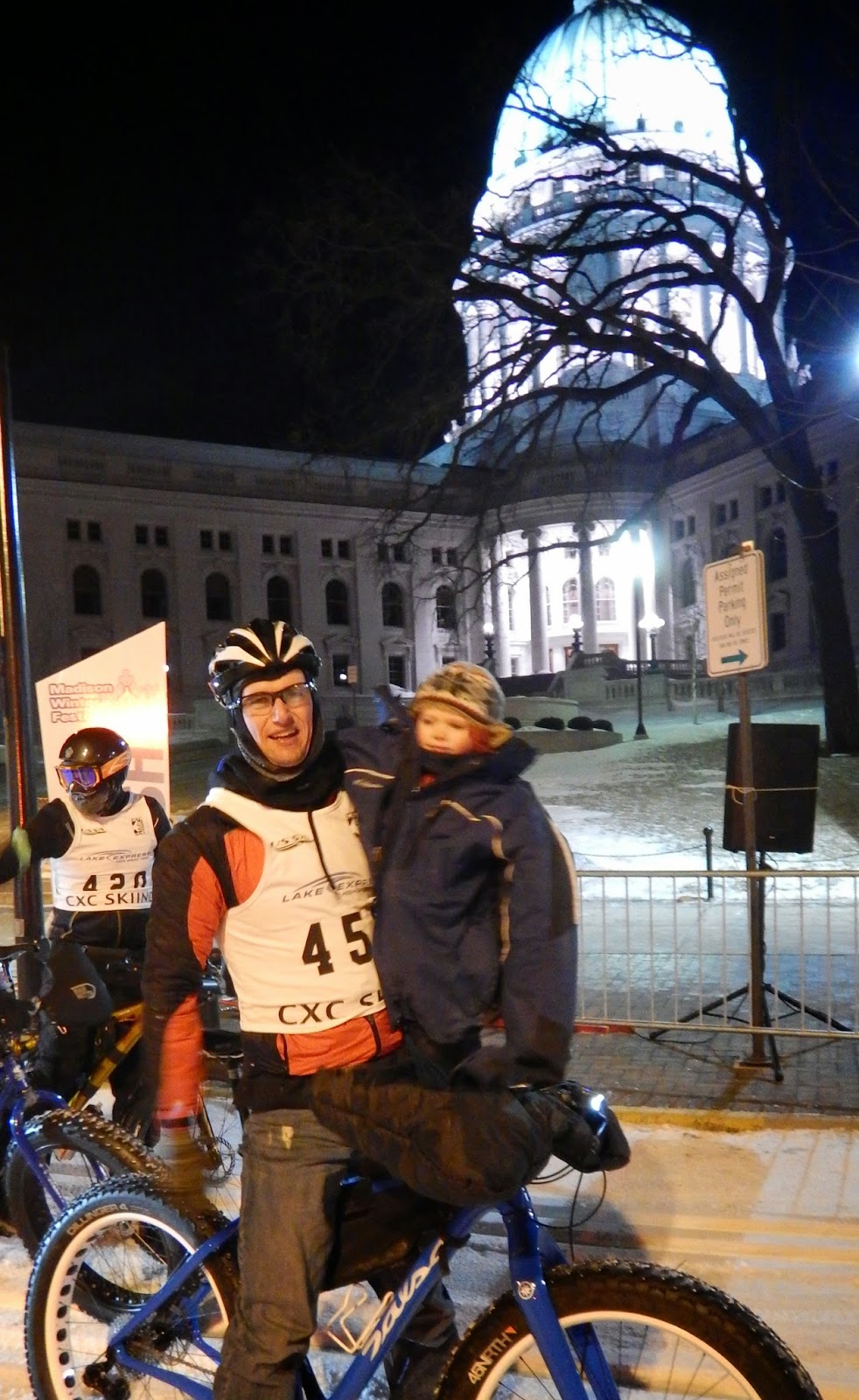 The title sounds so serious, but ironically it is probably the least serious race I have ever attended.  It was a 30 minute race, plus two laps.  Extra credit was given for costumes, but no one took advantage of the 30 second head start allowed to anyone wearing a speedo.  30 seconds is a lot of time, but hardly worth frostbite on nipples. 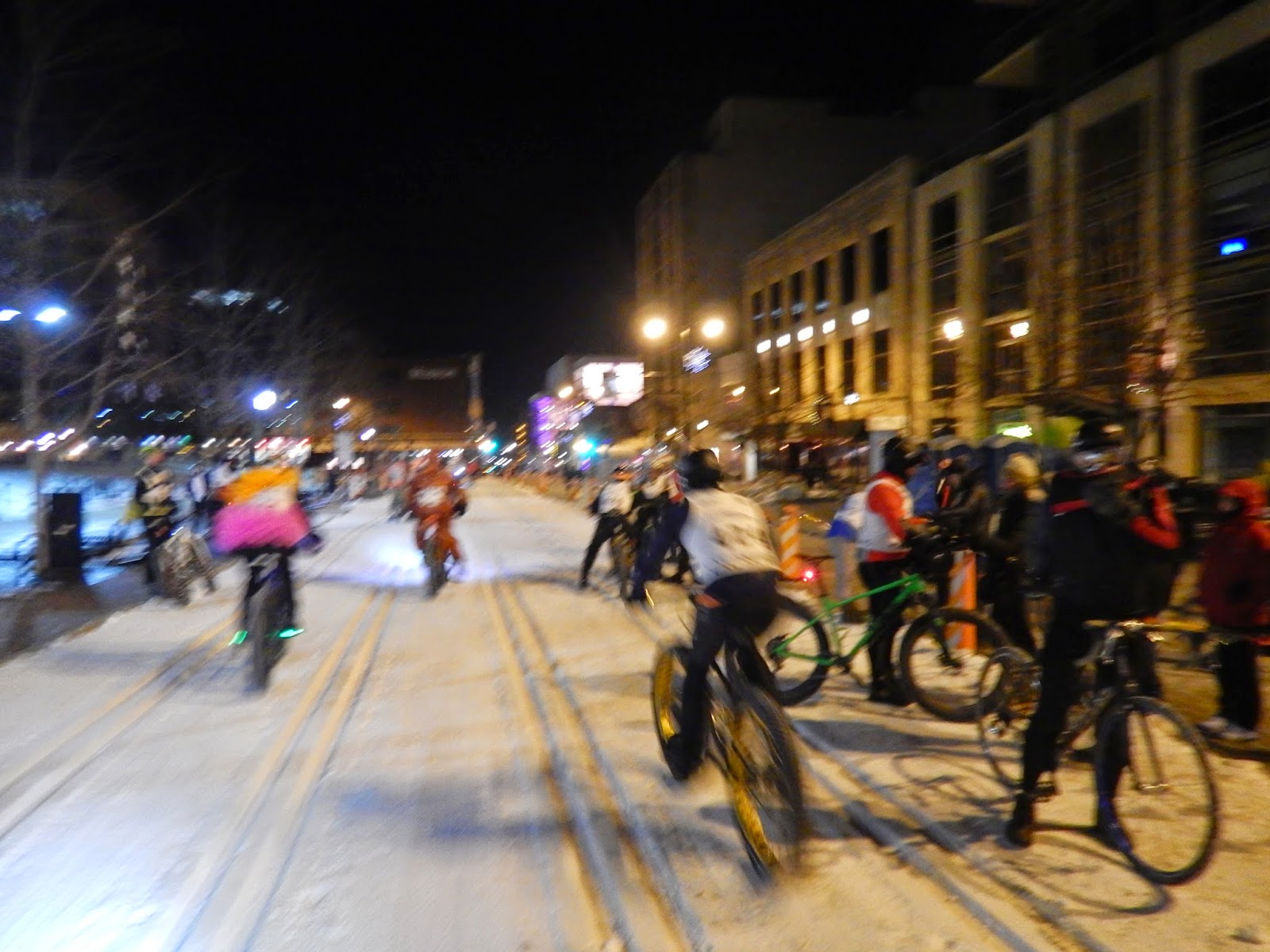 The race was held on groomed ski trail around the Wisconsin State Capitol.  It is part of the Madison Winter Festival, which is home to the state XC ski championships.  So after the skiers were done, we took to the course at 8pm. 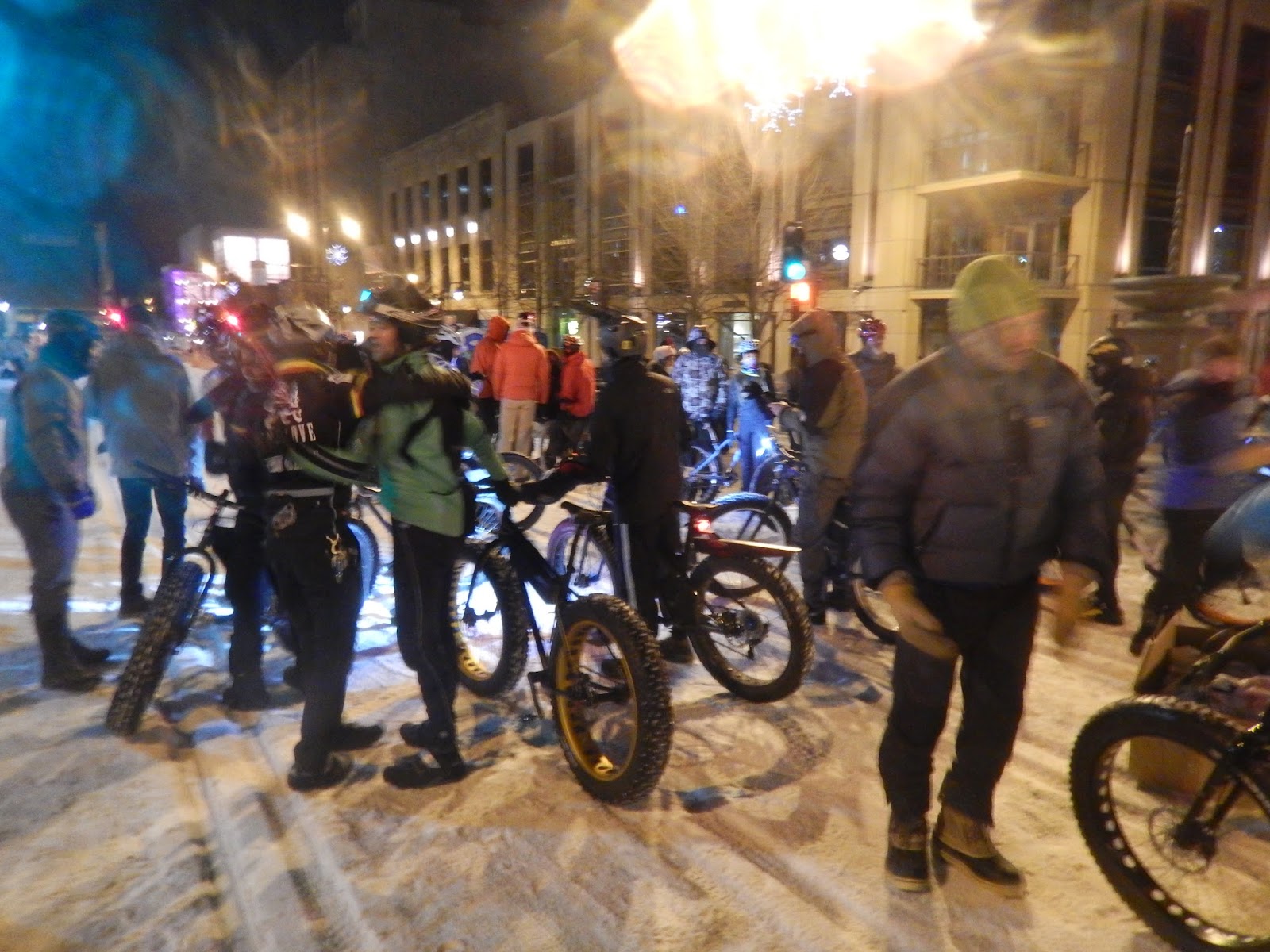 They tried to put cyclocross type barriers out on the course to make things interesting, but with everyone on fat bikes we just rolled over them like speed bumps.  Scoring was done on the honor system for the top three, and everyone else was considered fourth. 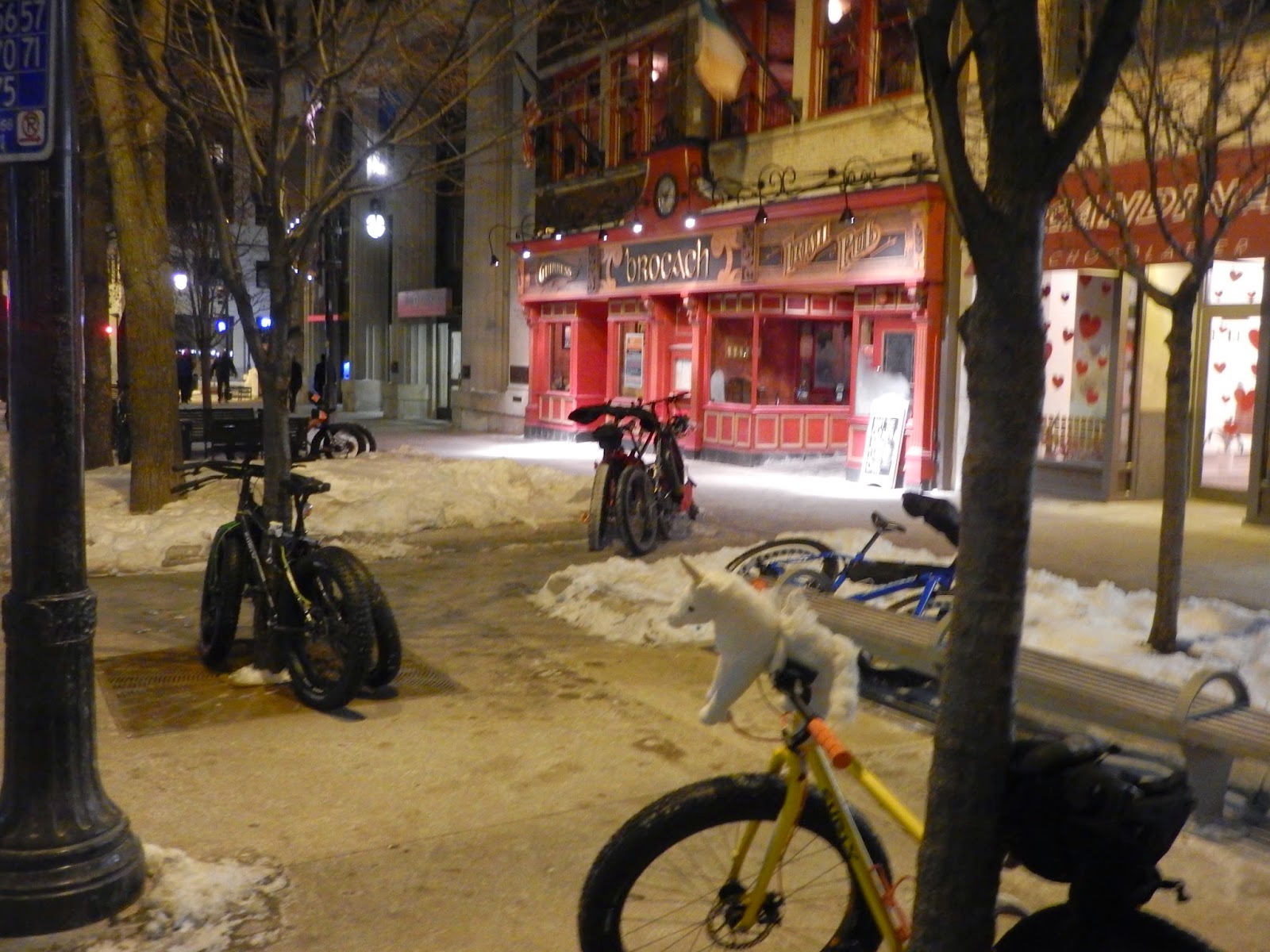 Afterward everyone headed over to the local pub, where everyone who put their name in the hat received prize.  Prizes ranged from Power Taps to socks, the amount of support and swag that they were able to round up was unbelievable.

It was promised that anyone not having fun was to be pulled aside and beaten with a ski pole, but it never came to that because fun was had by all.  –David Swanson