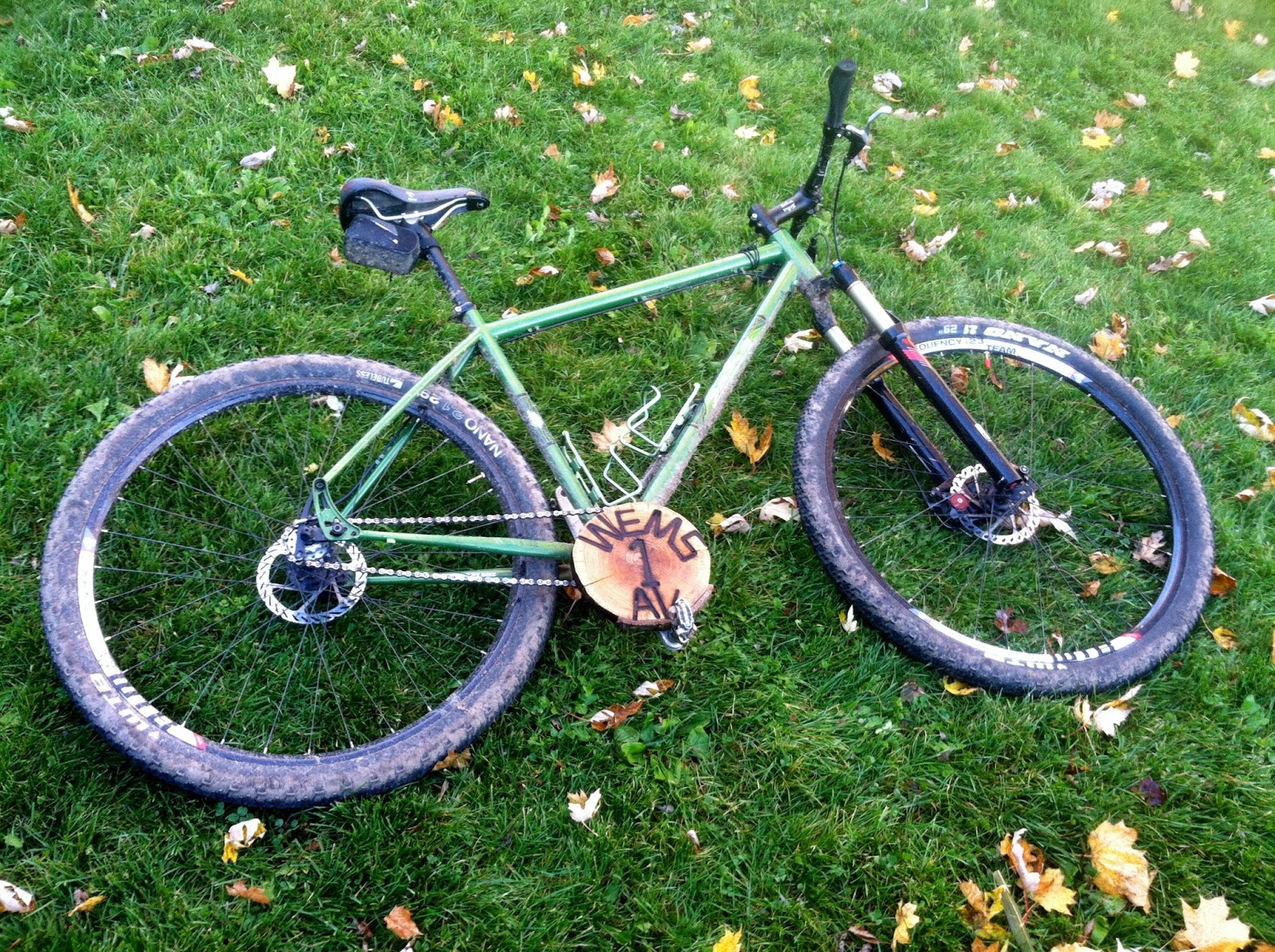 At the end of the year the WEMSeries has a "Championship Race."  It counts for double points for series standings, so if you're into that kind of thing, it is an important race to go to.

I didn't do enough races to qualify for series awards, so I just went to have a good time and hammer down.  I raced the single speed championship, a four hour race, the idea is to do as many laps as possible in four hours.

It was cold and rainy all day and this lead to a poor turnout, which is a shame because the the trails held up to the rain very well.  Alpine Valley has a thick roof top of leaves over the trails and steep hills for the water to run-off.  So standing water and deep mud were never an issue.

They had a giant campfire to keep spectators warm and the results were ready very quickly after the race.  For winning the SS race I received a coupon with a large discount toward a new Velocity wheelset.  That worked out perfectly, because this season has basically trashed my current wheelset.

So it was a great day on the bike, a challenging course, and sweet prizes.  Hopefully this course is on the schedule again for next year.
Posted by Davids1174 at 8:51 AM