A few days ago "flat Stanley" came in the mail.  He is on vacation from some family in WI, and wanted to go on some adventures.  I told him that it is a freezing outside, and he said "I'm from up Nort', bring it on!"  I am not one to be outdone by a 6 inch tall man so I said "lets do it!"  To which he responded "Der ya go, eh?" 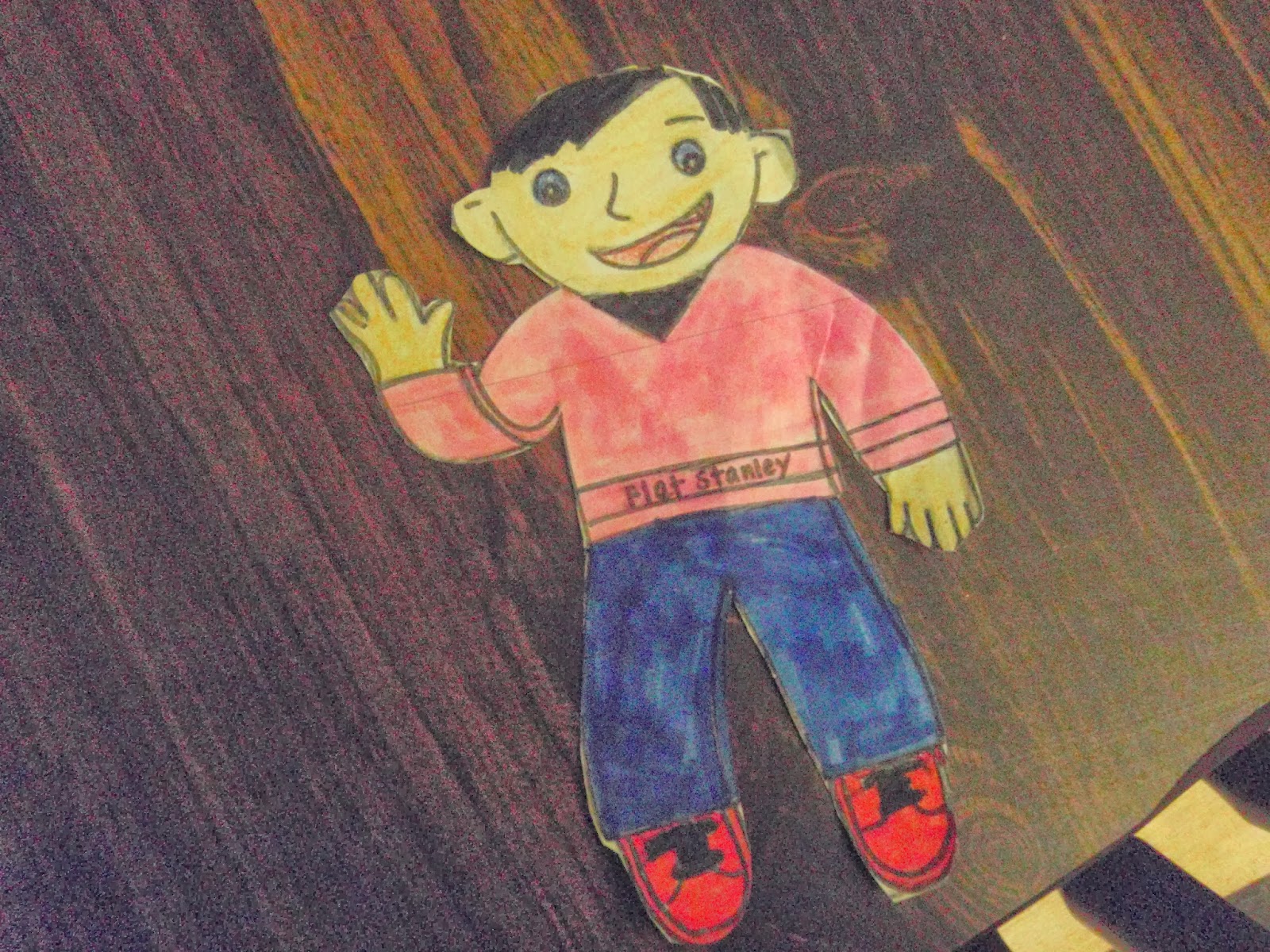 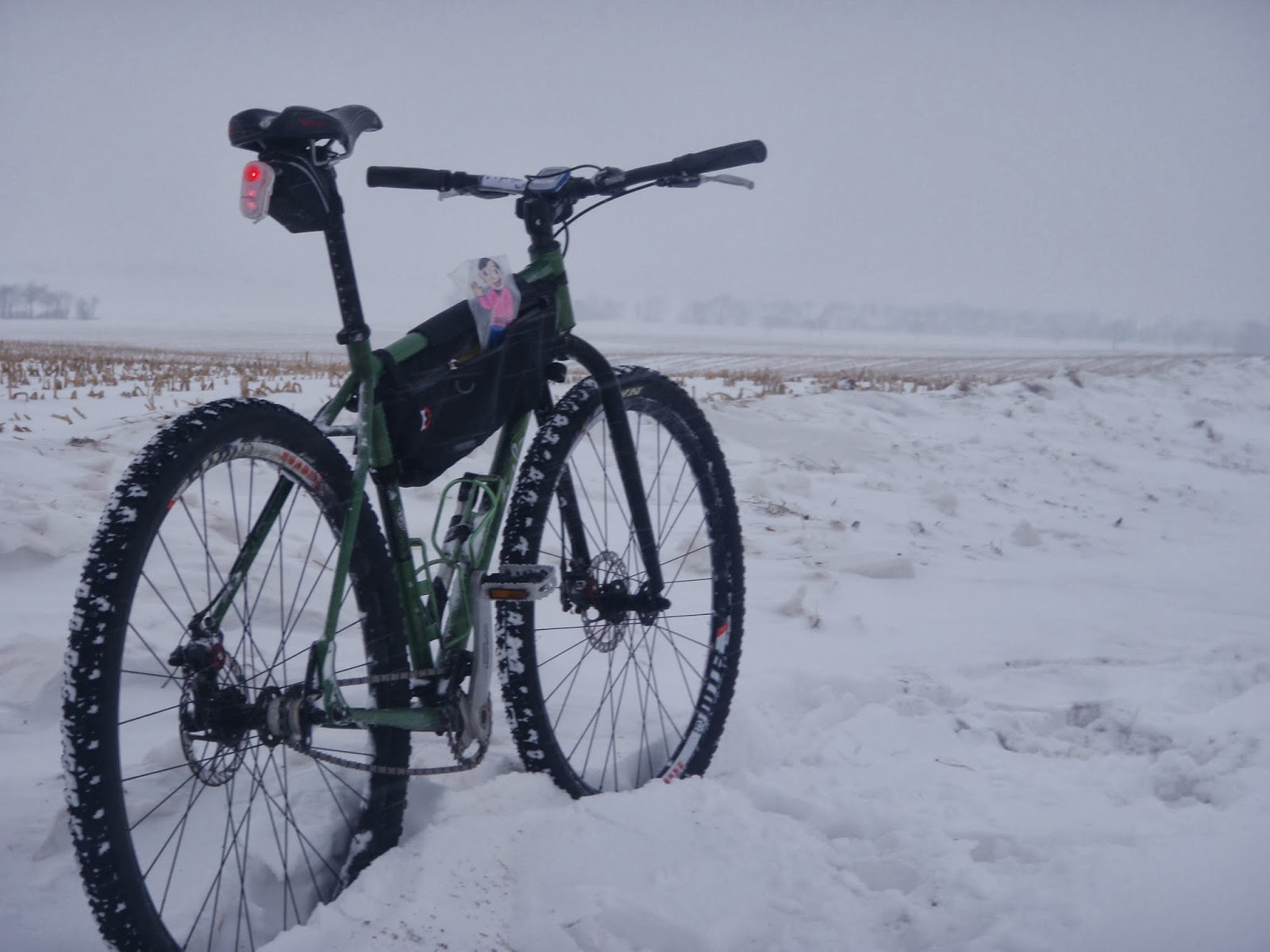 We went out into the cold, and Stanley remembered he didn't bring a hat or gloves.  I told him "its to late to go back now." 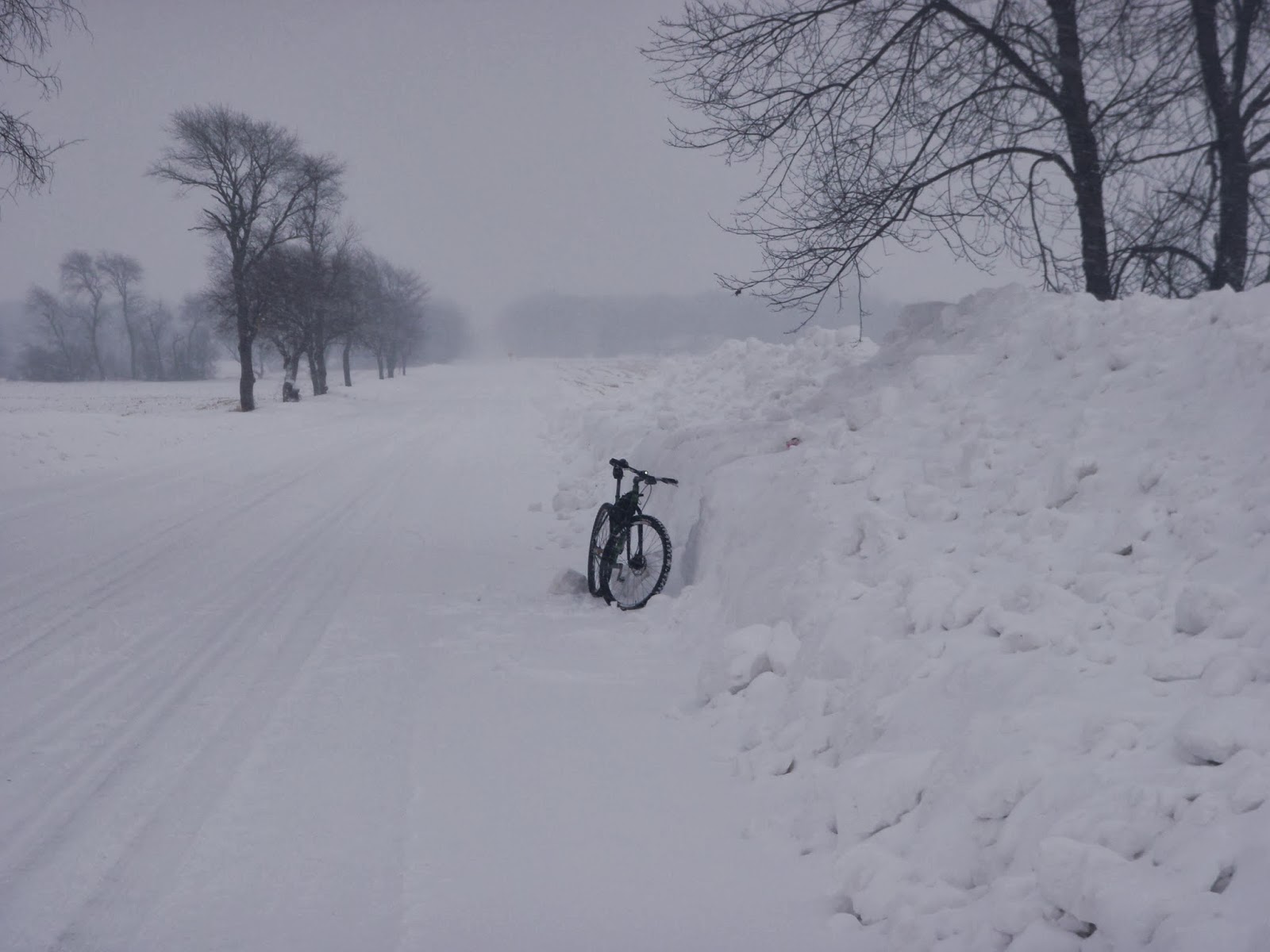 We were moving pretty slow with all the fresh snow. 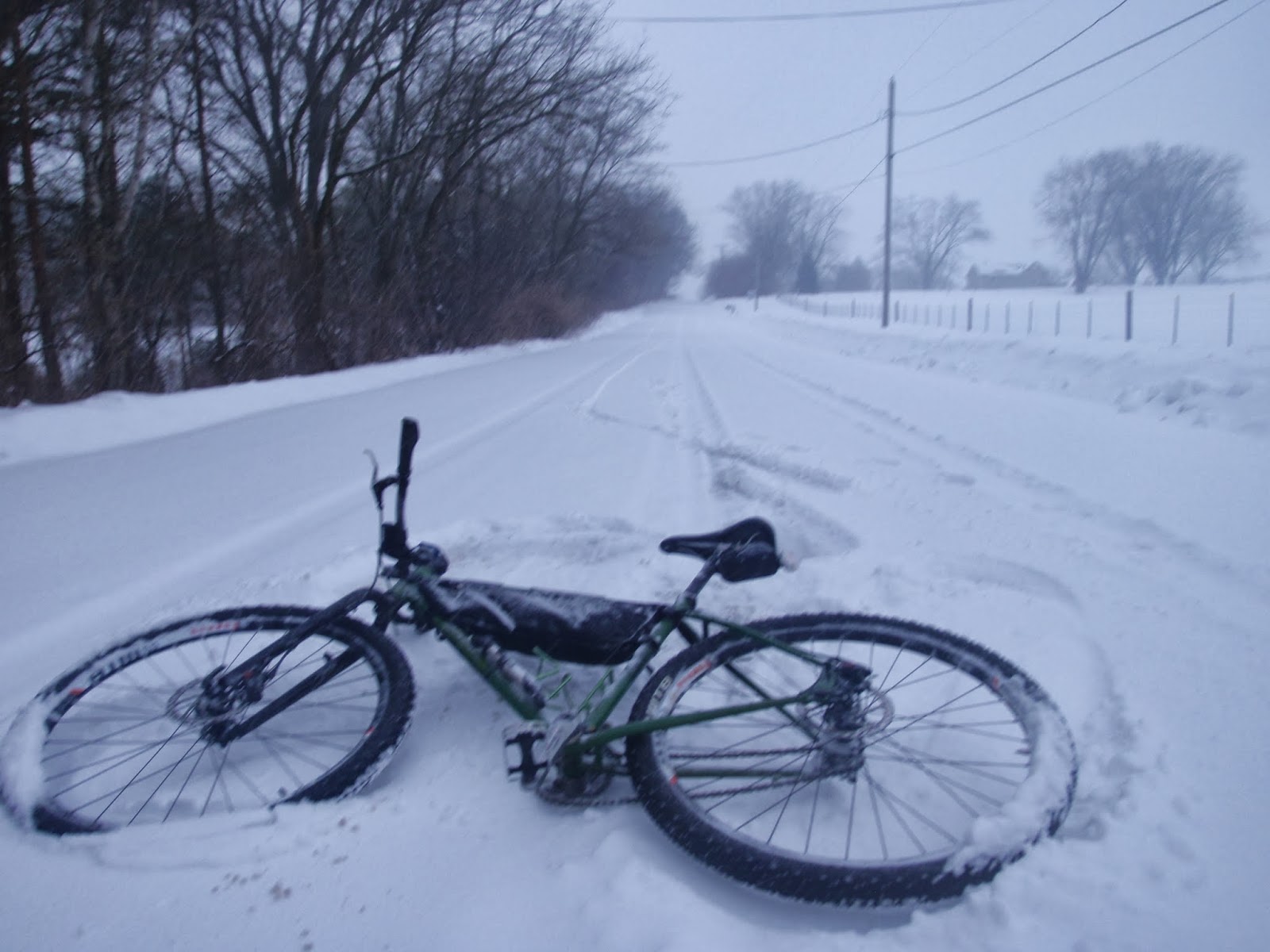 We even fell once, but it didn't hurt with all the nice fluffy snow. 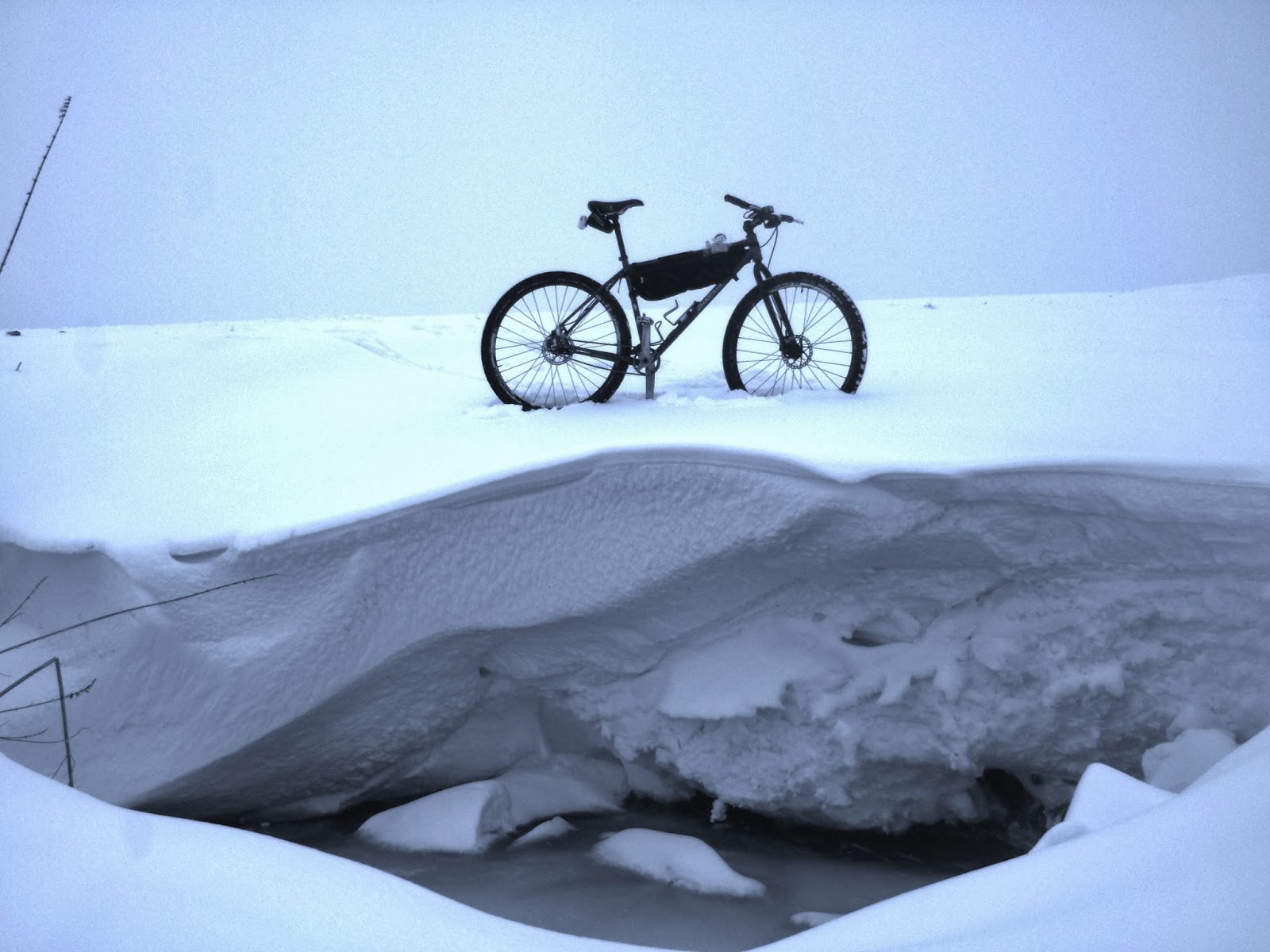 We found a cool creek crossing. 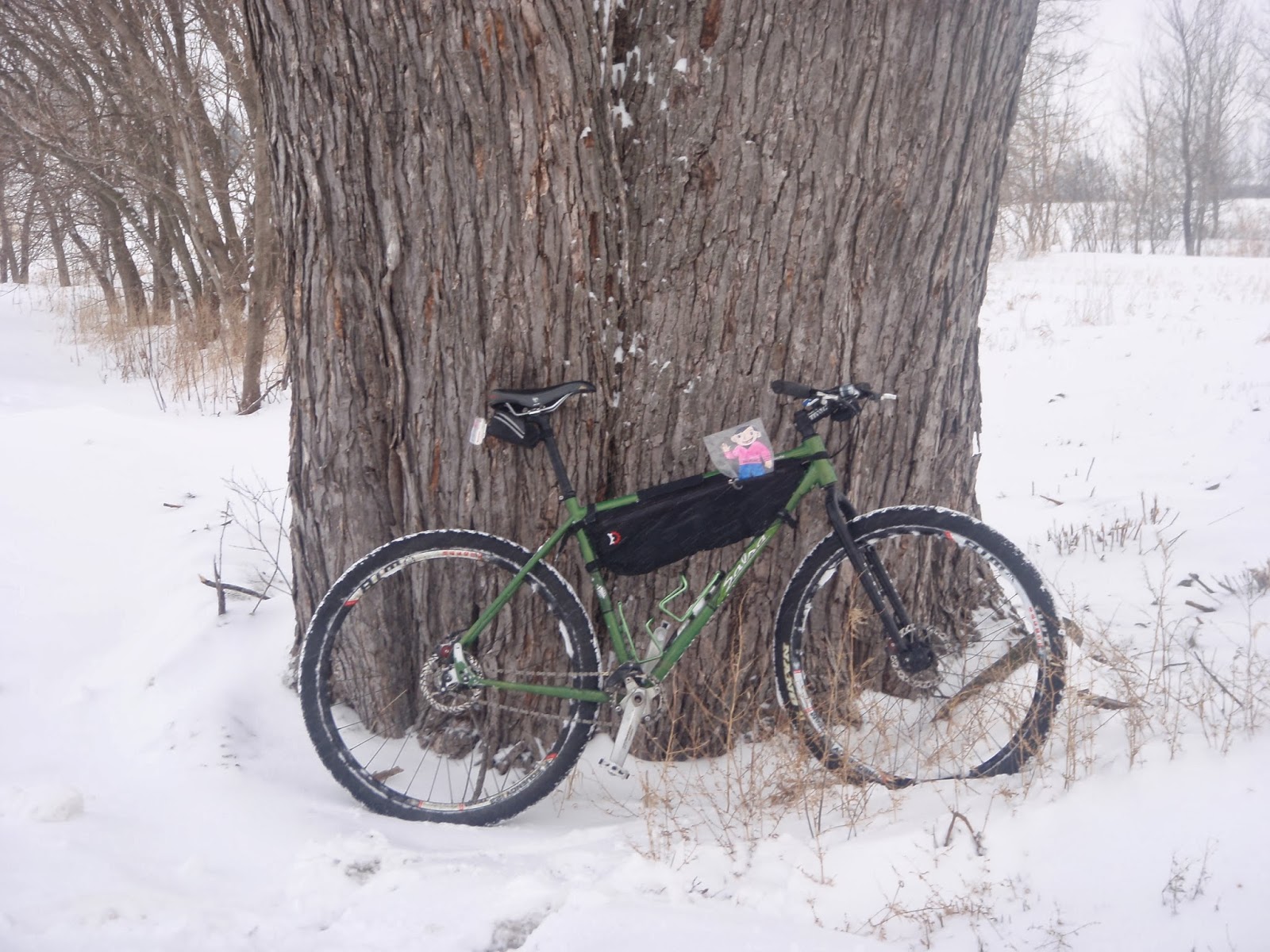 We hid out of the wind behind this giant oak tree to warm up for a minute. 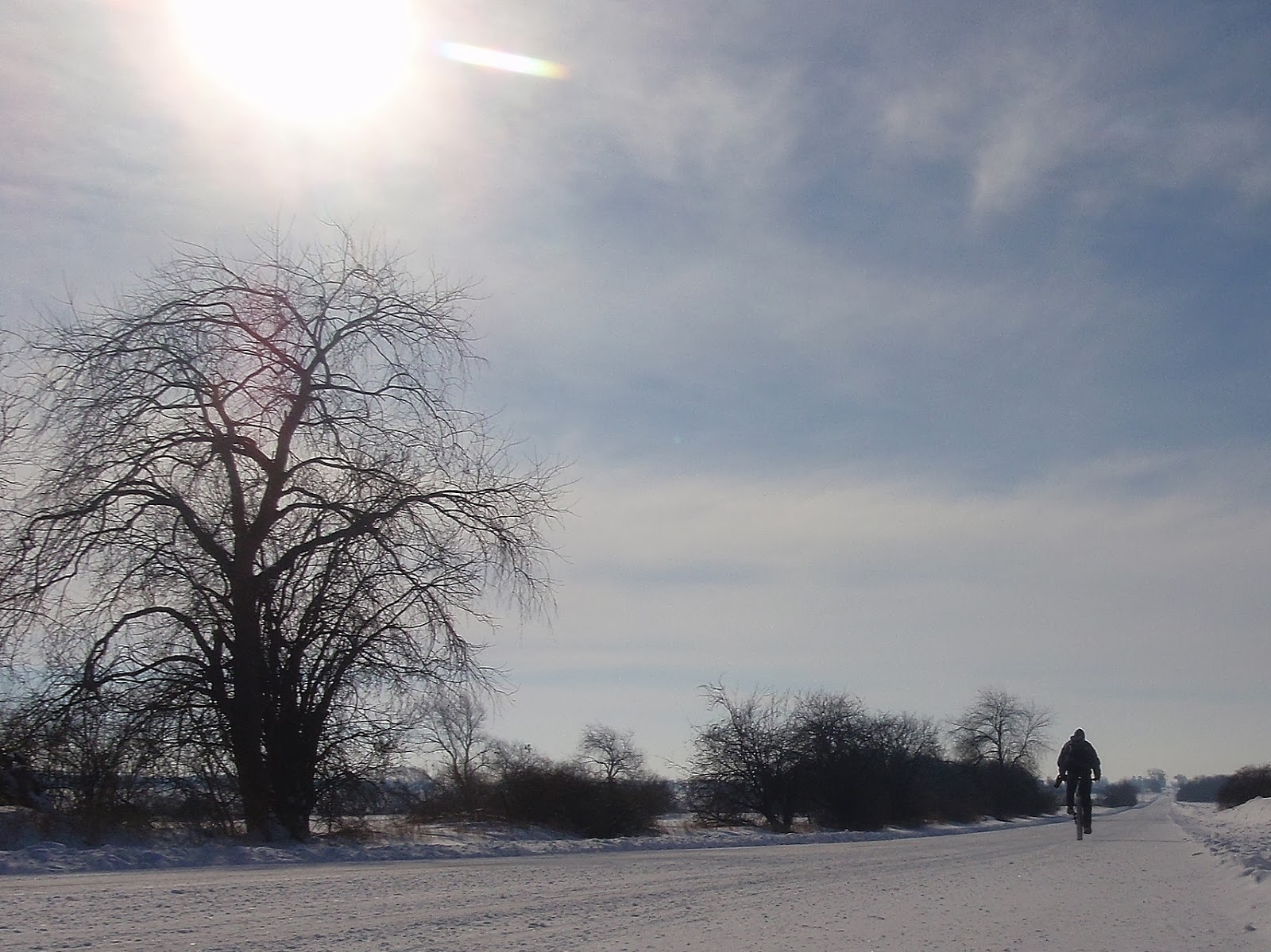 The next day the sun came out and the roads were much easier to ride on. 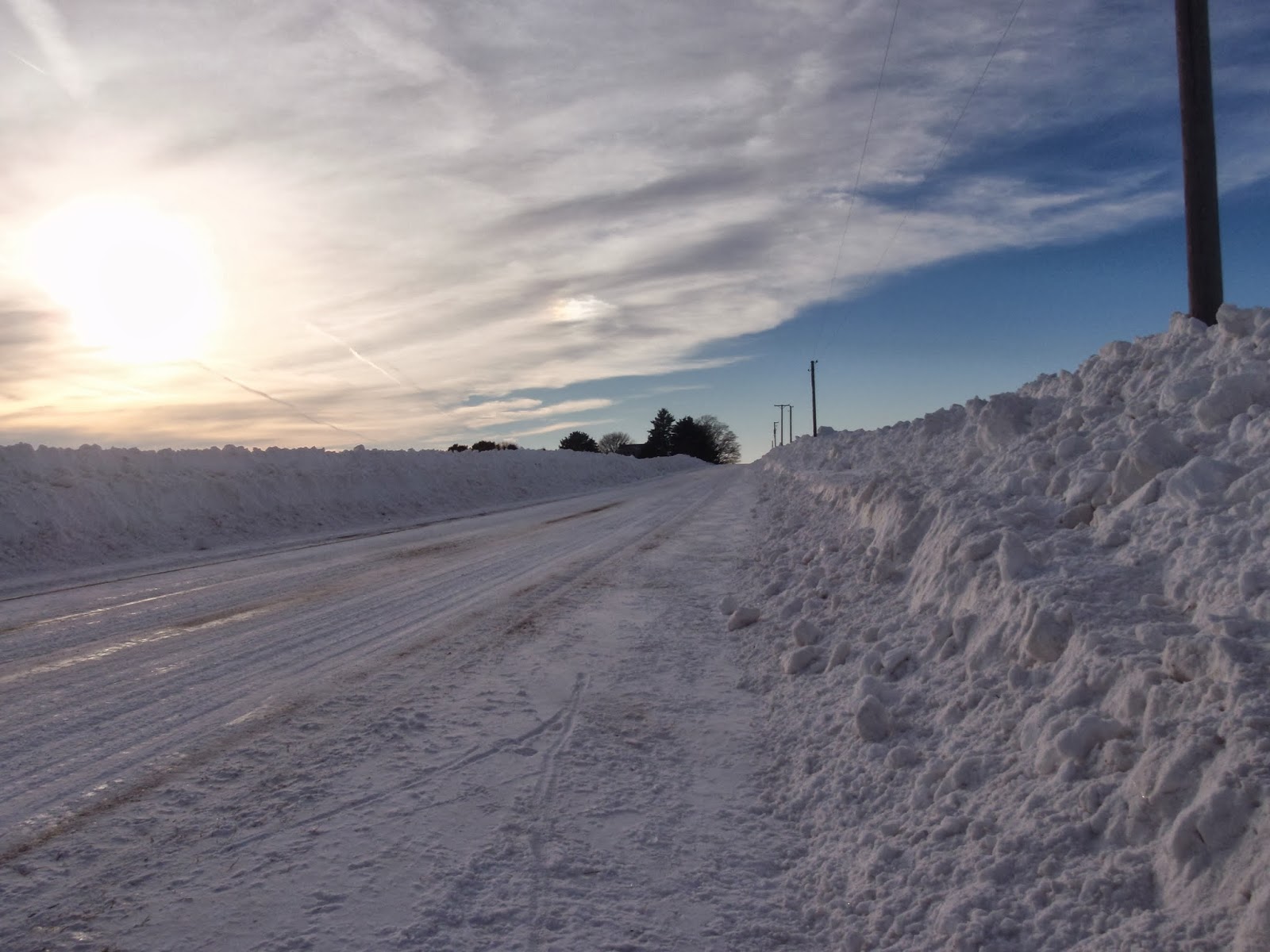 It was a beautiful day with almost no wind, it was still cold but we had a great time.