Looking for Gravel Near Home 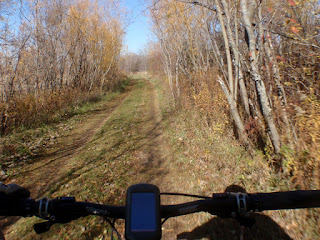 The task for today was simple, establish a gravel loop near home to use for training rides.  I still have more scouting to do but I did find some nice roads. The one in the photo above is probably my favorite unfortunately its pretty short and could possibly lead to a trespassing ticket. I will include it in the loop and use the old "its easier to ask for forgiveness than to ask for permission." 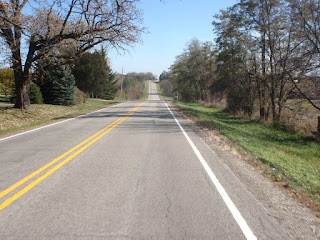 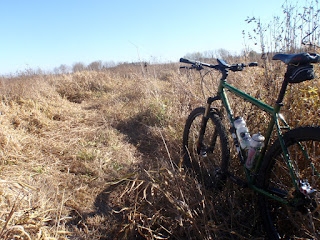 Part of my gravel searching adventure took me through one of the areas that I hunt for deer. I decided to use it as a short cut and it was worth it. I saw a few deer while on the deer path, but no bucks, which is how this hunting season has gone so far. It was a good little section of riding though. 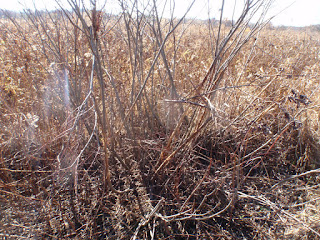 I also came across this bush that is all torn up by a buck either shedding his velvet or trying to attract girls to mate with in a couple weeks. I think this is the definition of bushwhacking. 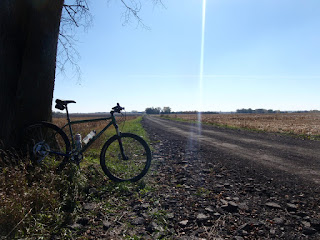 I was pretty excited when I rode this road, I have driven past it but never realized it goes pretty far. Its gravelish, it is made up of crushed black top and is pretty rough. The direction that I was riding put me heading directly into the wind so it made for a good tough section of road. The road is pretty rough, but I could cruise down the two lane in the middle pretty easy. 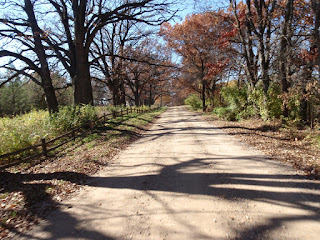 This gravel road was so packed down it may as well have been black top. I wouldn't hesitate to bring my road bike down it.  It is real gravel though so it will probably be included in the loop. 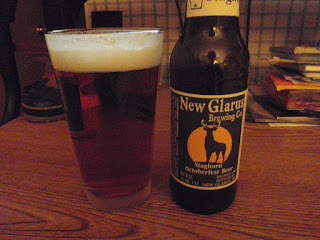 I finished the day off with New Glarus Brewing Co.'s Stag Horn Octoberfest. Octoberfest beers are something that I look forward to every fall.