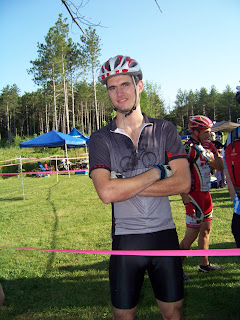 Ever since finishing third in this race last year, my goal has been to win it this year.  My chances were looking dim when I pulled into the parking lot and saw all the racers that were present.  Past WEMS champ Lee Unwin, Mid course champ Matt Millin, Illinois MTB champ and single speed cyclocross champ Mike Naughton, plus a few other faces I didn't recognize.

I got started off in 4th behind 3 guys that were just flying through the trails, I was pushing my limits but keeping up.  Then about half way through the first lap "Murphys Law" kicked in and my chain came derailed.  It was tangled into a puzzle similar to the ones that old retired guys sit on a chair and spend all day trying to figure out.  I was throwing a hissy fit at the irony in that I would spend so much time preparing for this race but wouldn’t spend $50 for a chain guide.  One of the cool things about the WEMS races is that every person that rode by asked if I was alright, and Matt Millin even stopped and got off his bike to help.  I finally got it untangled after about 10 minutes and was back on course. 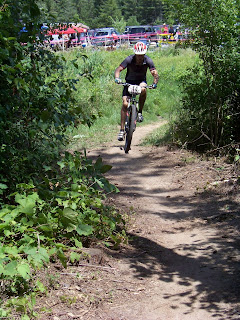 Lap two saw me slowly catching back up to people and passing some.  Then while passing someone my chain came off again.  This time luckily it wasn’t a tangled mess but I had to stop and put it back on.  This happened twice more on the second lap.
After doing intervals of sprint to catch up, then put chain back on, then sprint to catch up.  I stopped in the pits and opened up the tool box.  I am not sure how much time I spent there, it wasn't much, and I fixed the problem.  For the rest of the race my chain was in place. 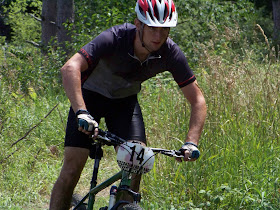 I made it past Lee Unwin, and maintained about a 15 second lead for 5 hours or so until lap nine of ten.  I heard the clank of rim against rock, then the hiss of air pressure being lost.  I was riding past a couple first aid guys on bikes at the time and hoped so badly it was their tires going flat, but it was not to be.  I pulled over and ripped the rear wheel off.  I watched as Lee Unwin passed by then the next guy.  I fixed the tire but I was defeated.  I didn't want to go out and finish the last lap, but Christina insisted.  So I finished but it wasn't pretty.

I am going to chalk this one up as a learning experience.  All the training in the world doesn't mean a thing if you don’t take care of your bike.  I knew that rear tire had a slow leak, but for some reason decided not to change the tube before the race.

As I write this its now Tuesday a few days after the race and I feel much better, I have been a regular negative the last few days after my poor finish.  I guess that shows how good I have it really.  If all I can complain about is a bad bike race, then life must be pretty good.